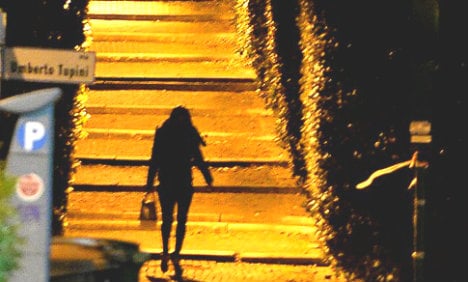 Although organized prostitution and brothels are illegal, street prostitution is allowed and estimates suggest there are 120,000 prostitutes currently working in Italy.

The new laws would aim to reduce the number of prostitutes by going after their clients and hitting anybody caught paying for sex with fines of between €2,500 and €10,000.

Under the new rules, repeat offenders would face fresh fines and risk being sentenced to up to a year in prison.

“You need to approve this law punishing clients, because prostitution isn't a job for anyone, it's a torture,” the Democratic Party MP who presented the bill, Caterina Bini, was reported as saying by Il Sole 24 Ore.

While the proposed laws may sound harsh, punishing those who pay for sex has proven to be a simple way of combating the phenomenon of prostitution, without resorting to state legalization or regulation of the industry.

Fines have proved so effective in other countries, that last year the European parliament actively encouraged member states to adopt what it referred to as a 'Nordic model' when combating prostitution.

“In Sweden the introduction of such fines reduced the number of prostitutes by 80 percent and since then, England , Ireland, Iceland and two months ago, France, have all adopted similar models,” Bini added.

According to figures from the Catholic charity, The Pope John Society, which has taken 7,000 prostitutes off Italy's streets in the last 25 years, 37 percent of the country's prostitutes are aged between 13 and 17.

Across Italy, nine million clients use prostitutes each year, making the industry worth €90 million each month: the majority of which ends up in the pockets of organized crime syndicates.

“The trafficking of human beings is the third-biggest illegal market on the planet,” The Pope John Society, which has collected over 100,000 signatures in favour of the bill, said in a statement.

“It is a modern rendering of the slave trade in which the victims are often women and children bound for prostitution.”

Thirty-six percent of all Italy's prostitutes are from Nigeria, 22 percent from Romania and 10 percent from Albania.