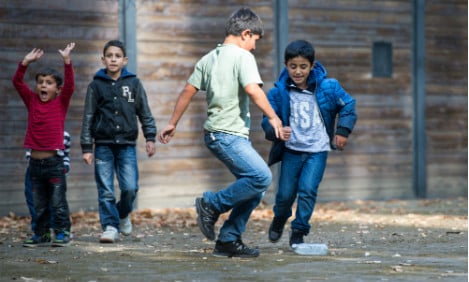 Currently, the youth welfare offices of Berlin are being inundated by a stream of refugee children who have fled from war-torn countries such as Afghanistan and Syria.

Roughly 5,100 unaccompanied underage refugees have arrived in the German capital since 2015, according to the Senate Department for Education.

Each child is confronted with a new culture, a new environment and a new language, complicating integration into German society at a vulnerable age.

If these young refugees slip under the radar, they are more vulnerable to exploitation, such as “prostitution, slavery, begging, forced labour, organ removal and sexual abuse”, Ulrike Schwarz from the federal association for unaccompanied child refugees told the Berliner Zeitung.

In response to the influx of refugee children, the Caritas Association for Guardianship has launched an appeal for Berliners to adopt the role of legal guardian – a role which encompasses private and public duties – for these young refugees.

There has been an overwhelmingly positive response to this appeal, with around 500 people indicating their interest in becoming a legal guardian since Autumn last year.

“The interest in guardianship has been huge,” said Beate Romanowski, one of Caritas Berlin's employees.

Claudia Rey, another of Caritas Berlin's employees, said that the volunteers are “great people” who just want to help out.

Although the guardians assume “parental responsibility”, the children do not actually live with their guardians – instead, they live in institutions across Berlin, Romanowski went on to explain.

Despite the interest in the scheme, there is still a significant gap between the amount of refugee children who need care and the number of volunteers. Theoretically, the guardian to child ratio should be 1:50, but in reality, it is more like 1:200 in some cases.

So what exactly does the role involve? Guardians are required to answer questions about legal rights regarding accommodation, organise the child’s health care, make personal contact with the child, and register the child with a local school.

But the role isn’t too taxing – it only involves 8 hours' worth of input per month, according to the Cura Association of Care and Guardianship.

There are, of course, several prerequisites for becoming a guardian. Caritas assesses whether or not the volunteers are suitable for the role based on whether they are reliable and trustworthy, and on whether they are capable of keeping their distance and not becoming too attached to the child.

The process of linking a child with a guardian is inevitably very lengthy, taking 2-3 months. However, this is not wasted time, as the potential guardians are able to spend time with their future wards, while the wards are housed in one of 30 different institutions across the city.

It is also helpful if the guardians can speak another language. Currently Caritas is looking for native speakers of Arabic to take care of refugee children from Lebanon and Syria.

The role isn’t always a walk in the park. Sometimes, the children bunk off school or don’t go to their appointments with their guardian.

But the adults are not left to their own devices to cope with these issues – they receive constant support from the Association, which also provides them with monthly training sessions, gives individual advice, and provides opportunities to chat with other volunteers.

Once the children turn 18, they are no longer legally required to have a guardian. However, some of these young people stay in contact, because they don’t always feel independent the minute they come of age.