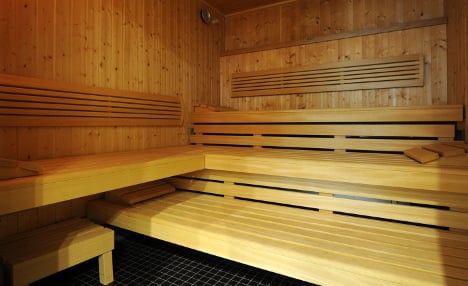 This being Germany Robert B. he didn’t take his clothes in with him, so he would walk from his house through his garden and into the sauna completely naked.

His neighbour Hans L. felt harassed and offended by the 42-year-old’s nudity and took him to court, Bild reports.

Robert B. initially denied to the court that he would cool off in his garden naked. But his neighbour was able to give a detailed description of how Robert B. maintained his pubic hair – a move which convinced the judge of his trustworthiness, broadcaster WDR reports.

The court cautioned Robert B., warning him not to do the same again.

But the case went to appeal. And on Tuesday a Dortmund court overturned the ruling.

At the beginning of the trial, the judge said that he didn’t see Hans L. winning the case, nor his demands to take away Robert B.’s freedom in his own garden.

“It begs the question of how far I can interfere. We see no infringement of criminal law here,” he said, stating that Robert using the sauna twice a week was socially acceptable.

“Alcohol is always in play when he’s using the sauna. He gets really drunk. He neglected to build a toilet. I’ve even covered my blueberries so that they don’t get peed on,” he told the court.

“I know of no ruling that bans urinating in one’s own garden,” responded the judge, not letting himself get swayed.

Hans L.’s lawyer made one last attempt at winning the case.

“This was a traumatic experience for my client. A line was crossed here,” he said, trying to win over the room.

But the judge was having none of it, announcing that the trial was not going anywhere for Hans L.

“You could save a little money now,” he told the prosecuting lawyer and his client. He stressed that it was obvious they weren’t going to win and told them that they should drop the case.

Towards the end of the proceedings, Robert B.’s lawyer dropped a bombshell.

“We’re going to win this trial. But you’re still winners in a way. My client is selling the house and moving somewhere else.”