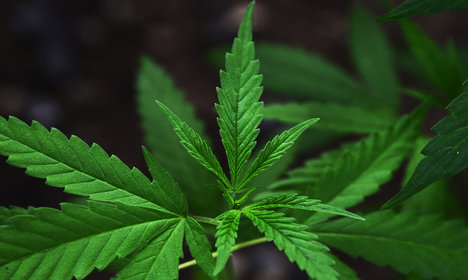 On July 25th, the draft legislation will be presented in Italy's lower house for the first time. The following day, politicians will begin voting on whether or not to send the bill through to the upper house for final approval.

If new laws are passed, how will things change?

Obviously, the proposals being debated will probably undergo some amendments if they are to make it into law. However, in their current form proposals would allow:

Possession: Citizens will be able to hold up to 15 grams of herb at home and take up to five grams with them when they go out and about.

Cannabis growth: People will be free to cultivate a maximum of five plants at home but will be forbidden from selling what they grow.

Growers will be allowed to join together to form social clubs of no more than 50 members, where they can swap and share their produce. They will, however, be forbidden from selling the fruit of their labour.

Sale: Cannabis will be on sale in stores licensed by a state monopoly. Five percent of all revenue from sales will go towards fighting the war on illegal drugs in Italy.

Restrictions: While the drug will be readily available, it will be forbidden to smoke it in public places, including parks. Driving while high will also be illegal, as will exporting the drug.

Where did this draft law come from?

The proposals were first put forward on July 15th last year by the inter-parliamentary group, Cannabis Legale. Since then, they have been signed by 220 MPs and 73 senators.

Why would the government legalize cannabis?

Laws on marijuana usage are changing and softening around the world.

After the success of legalization programmes in some American states, such as Colorado, many believe it is time for Italy to follow suit.

Studies have put the value of the illegal cannabis market at €30 billion a year – the majority of which ends up lining the pockets of organized crime groups.

Research suggests the potential boost to Italy's coffers from legal marijuana sales would be between €5.5 and €8.5 billion – which is around 1.23 percent and 2.34 percent of GDP.

With Italy's national debt standing at more than €2 trillion and the long fight against the mafia showing no signs of an end, legalization might appear as an attractive solution on both fronts.

What do people think?

According to pollsters Ipsos, 83 percent of Italians see Italy's laws on light drugs as ineffective, 73 percent would like to see cannabis legalized and 58 percent of people think legalization would benefit public finances.

Moreover, the recreational use of cannabis is extremely popular in Italy, with 25 percent of all 15 – 19-year-olds admitting to using the drug at least once in 2014.

What are politicians saying about the bill?

Benedetto Della Valla, MP for the People of Freedom party (Pdl) and spokesperson for the Cannabis Legale group, told Italy's Radio Radicale on Wednesday that the country was preparing itself for “a beautiful parliamentary battle”.

“By voting in favour of the new laws, Italy can send out a clear message,” he said. “We know there is a huge illegal drug market and that prohibition has failed.”

“The bill would be a huge blow for drug-dealers and would help us promote a culture of safe and responsible cannabis usage.”

However, not everybody shares Della Valla's enthusiasm.

“What does it mean?” he asked Rome daily, Il Messaggero. “Legalizing drug addiction to get back the money the country spends in trying to prevent it? Italy has more pressing issues.”

That is anybody's guess.

Laws can take years to make it through both Italy's lower and upper house but significantly, the bill has made its first hearing before the summer recess of the Italian parliament, which lasts between August 3rd and September 12th.

Yet with Italy preparing for a number of key votes this autumn, not least a referendum which will see Prime Minister Matteo Renzi stake his leadership on a vote over constitutional reform, fresh cannabis laws are not topping the political agenda.