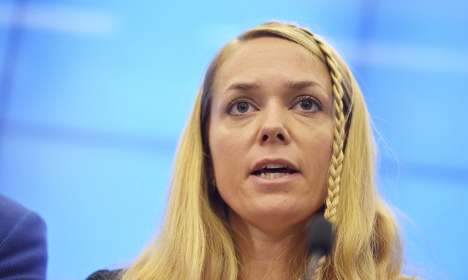 More and more people find themselves displaced around the world. Last autumn, the number of people that sought refuge in Sweden grew at a rapid pace. It placed a great strain on the intake system. To improve the situation, the Centre Party took part in an autumn agreement between the government and the four Alliance parties. The agreement contained, among other things, more legal ways to seek protection and important measures so that people can quickly establish themselves in society.

Shortly thereafter, the government chose to put forward new, far-reaching proposals that will make it harder for people to seek protection in Sweden and will keep families divided. The proposals go much further than the agreement that the government and Alliance parties came to. They are about making migration policy as restrictive as possible. The goal is that those in need of protection should be shut out. That is the sort of policy we have to take a position on in the Riksdag. The government has put forward its proposals. We, in the Centre Party, choose a different path.

The government’s measures mean that most of those given protection in Sweden will not be allowed to reunite with their families. Only a minority of those granted asylum – those granted a three-year permit on security grounds – will have the right to family reunification. People who flee from war will lose the right to be reunited with their family members. Only one in ten Syrians granted protection in Sweden are given refugee status, very few compared to the picture in other EU countries. In practice, no Syrians will have the possibility of legally living with their family during the three-year period for which the law change has been proposed.

Many bodies consulted, including the Red Cross, Amnesty International, Save the Children, TCO (the Swedish Confederation of Professional Employees) and the UNHCR have strongly criticized the proposals, and have detailed how the suggested measures will bring about both great personal suffering and at the same time damage integration. A parent who is worried about their child’s security every day will find it difficult to focus on anything else. The division this will lead to is harmful and inhumane. It is difficult to imagine the pain of living apart from your children. Yet that is the path Sweden is choosing to go down. It is not a path that needs to be taken, however.

When it comes to the refugee question, the choice is not one of either closing borders, or continuing as before. The Centre Party’s way forward is to cut costs and improve the set-up. Allow people to seek protection, but also make it possible for more to establish themselves in the labour market. More should be able to get a job. More should be able to enter society. If we take advantage of the potential asylum seekers have, we can not only reduce costs and improve the economy, but also combat exclusion and create a stronger sense of community.

Over the last year we have made a large number of concrete proposals to improve Sweden’s mechanisms for refugee intake. We want to make their route into society easier by removing the obstacles which prevent employment, and improving uptake. We want to see a common system in Europe with a more even distribution of the number of asylum seekers. We want to remove the ban on asylum seekers working. We want to revise the set-up grant (‘etableringsbidrag’) and turn it into a set-up loan. We want to dramatically cut the costs for unaccompanied newcomers. And much, much more.

But above all, we want to see a system where an individual’s right to seek protection is safeguarded, and where families are not prevented from staying together. We therefore choose another path forward, and will vote no to the government’s proposal.

This is a translation of an article written by Johanna Jönsson, which was first published in Svenska Dagbladet.

PARTNER CONTENT
Winter in Stockholm: hand-picked tips from those in the know
Url copied to clipboard!