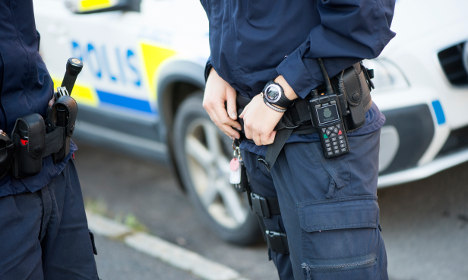 Police were called to the detached home in the Fosie district of Malmö at around 2.30am after a powerful blast was heard.

No one was injured, but a window shattered and a car outside was damaged in the explosion.

“We are fairly sure that it's a hand grenade that has exploded, both the damages and some forensic finds point in that direction,” police control room officer Calle Persson told the TT newswire.

Forensic teams were working at the scene overnight to secure evidence. No suspects had been arrested by Wednesday morning.

READ ALSO: 'You get street smart when you live in Malmö'

While not as well known internationally as troubled neighbouring district Rosengård, violence in Fosie is regularly linked to gang crime and ethnic segregation.

Last summer saw police cracking down on a wave of violence in Sweden's third-biggest city, following a spate of grenade attacks.

Wednesday's blast comes just days after a convenience store in central Malmö was gutted in a fire caused by an explosive object being thrown into the shop from outside. It was not known if the incidents were linked.

CRIME
‘It only lasted 11 minutes’: Why this rape sentence has caused an outcry in Switzerland
Url copied to clipboard!