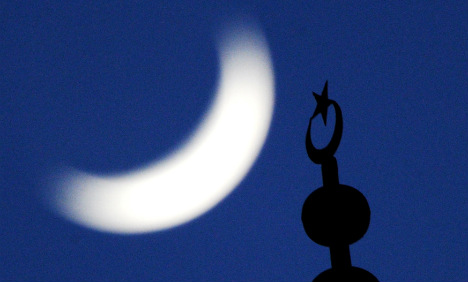 The AfD hope to block the new build by means of a referendum and have put a proposal to this effect in from of the state parliament in Thuringia, public broadcaster MDR reports.

The populist party, who have seen their popularity soar during the refugee crisis, have also called a protest in the central square of state capital Erfurt using the slogan “our land, our culture, our decision.”

The AfD’s leader in Thuringia, Björn Höcke, a man known to belong to the hard right of the party, has described the mosque construction as “part of a long-term land grab project.”

But the two main churches in Erfurt have come out in support of the Ahmadiyya Muslim Community’s plans for a new mosque.

The AfD position is “completely unintelligible”, Winfried Weinrich, head of the Catholic Church’s office in the state capital, told the Catholic News Agency.

The German constitution guarantees the right to practice religion privately or publicly, said Weinrich, adding that the Ahmadiyya Community also had the right “to find worthy spaces for meeting and praying.”

Ilse Junkermann, head bishop of the protestant church in central Germany, said that “whoever questions religious freedom should think about whether they still stand on the firm footing of the constitution.”

She also welcomed plans for the mosque.

The Ahmadiyya Community’s plans to build a mosque with a decorative minaret would make it only the first mosque built in Thuringia.

It would also be only the third in the whole of former East Germany outside of Berlin, with one each in Chemnitz and Leipzig.

Public opinion in former East Germany is widely seen to be less tolerant of Islam than that in west Germany.

The anti-Islamic Pegida movement was founded in the eastern city of Dresden and the movement still holds weekly Monday protests there.

In Leipzig, meanwhile, unknown people recently placed a pig’s head near the construction site of a new mosque in a bid to scare off Muslims.

The paucity of actual places of worship means Muslims are left with little choice but to use empty apartments or business premises as prayer rooms.

But, with refugees arrivals placing ever greater pressure on these slim resources, Muslim community members say there is desperate need for more adequate facilities.

The Ahmadiyya Muslim Community was founded during the late 19th Century in British colonial India.

The proposed mosque has however also come in for criticism because it does not represent the religious mainstream.

Jamal Malik, a professor of Islam at Erfurt university, said he would be surprised if many refugees use it, pointing out that the Ahmadiyya Muslim Community are a small sect which has faced persecution in parts of the Islamic world.

The AfD recently published their electoral programme, which contained a paragraph stating their wish to ban minarets in Germany.

They have also caused outrage by suggesting that it would be acceptable for police to shoot at migrants if they cross the German border illegally.

And this is not the first time they have been at loggerheads with the church on an issue that touched the question on Islam’s growing presence in Germany.

Party leader Frauke Petry has slammed the Catholic Church for its  “dishonest” for its involvement in refugee politics.

Petry was responding to comments from Cardinal Reinhard Marx that “anyone who flees to Europe fearing for life and limb in their homeland has a right to our protection and fair proceedings.”