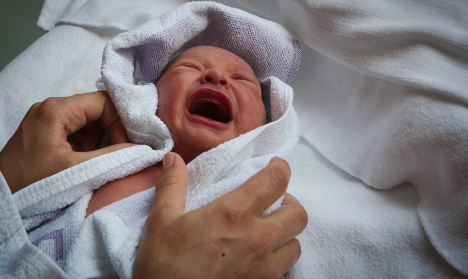 “If we carry on as we are and fail to reverse the trend, there will be fewer than 350,000 births a year in 10 years’ time, 40 percent less than in 2010 — an apocalypse,” the minister, Beatrice Lorenzin, said in an interview published on Sunday by daily La Repubblica.

Lorenzin told the paper she wanted to double the standard baby bonus, currently €80 ($90) a month for low-to-middle income families, and introduce higher payments for second and subsequent children to encourage bigger families.

Introduced last year, the allowances are currently payable only for babies born between January 1st, 2015 and December 31st, 2017 up to their third birthdays.

Lorenzin wants to expand eligibility to all under-threes (thereby including those born before 2015) and to extend the provision for an additional three years, covering all babies born up until the end of 2020.

Higher-income families, those with taxable earnings of more than €25,000  per year, are not eligible for the scheme, excluding about a third of parents.

The allowances are paid at higher rates for the poorest — those declaring less than €7,000 a year to the taxman.

Under the new proposals, the payment for second and subsequent children would be €240/month for average families and €400/month for the poorest.

Lorenzin is an influential member of Prime Minister Matteo Renzi’s centre-left government and would not have floated the increased payments without a green light from him, political commentators noted.

The proposals may however raise eyebrows in Brussels, where the European Commission is pressing Renzi to move faster on cutting the country’s budget deficit as a way of bringing down its huge national debt, currently equivalent to more than 130 percent of GDP.

“In five years we have lost more than 66,000 births (per year) — that is the equivalent of a city the size of Siena,” the minister said. “If we link this to the increasing number of old and chronically ill people, we have a picture of a moribund country.”

Lorenzin said the drive to get Italians to have more children would not be restricted to fiscal incentives.
“Couples have to understand that waiting until after 35 to have children can be a problem,” she said.