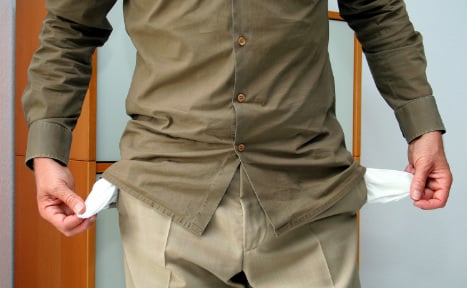 The number of Germans counted as belonging to the middle classes sank by six percent between 1991 and 2013, the study released on Friday found.

The trend in the Federal Republic closely matches a similar drop seen in the USA over the same period.

While in Germany people from all migrant backgrounds were most likely to have fallen out of this income group, in the USA the trend hit migrants of a Latino background worst of all.

There was also bad news for young people in the report. More and more people between the ages of 18-30 are falling into the category of low earners in Germany.

The proportion of those aged 30-45 in the middle classes also dropped from 78 to 64 percent – although some of those moved into the high earners group rather than dropping out of the middle class.

But Germans can take some solace from the fact that the polarization of income has not been as extreme as that witnessed in the USA.

Top earners in the United States now earn the largest share of overall income, after the middle class' share fell from 54 percent to 43 percent between 1990 and 2014 while top earners' share rose to 49 percent.

In Germany top earners took home 33 percent of total income in 2013 – an increase of ten percentage points since 1991.

That's still far short of the middle classes' 57 percent share of all income – although that figure has itself dropped by 10 percentage points over the same period.

Experts behind the findings cite an increase in poorly paid jobs in the service sector and a decline in industrial sector work as the main factors contributing to the decline of the middle class in Germany.

The study counted as middle class all adults whose gross household income before tax was between 67 and 200 percent of the median income.

In March another report on income equality showed that Germany had fallen below countries like Sweden, the Czech Republic and Denmark in terms of income inequality over the last 15 years.

The country has been recording its lowest unemployment figures since reunification over the last few months. But critics argue that these figures disguise the fact that many people are in badly paid, part-time work.

The government's economic advisory board, however, recently came to a different conclusion.

Counting all adults who earn between 60 and 200 percent of median income as middle class, their study published in November 2015 described this middle income group as stable.