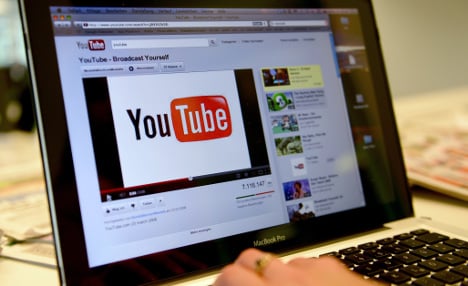 “Why is it that Google steadfastly refuses to take action against the proliferation of racist and anti-Semitic material on its platforms?” Executive Vice President Robert Singer of the New York-based WJC wrote in a letter made available to AFP.

“Do you really believe that songs glorifying, or inciting to, the mass murder of Jews fall under freedom of speech?”

Singer highlighted one song in particular, “In Belsen” by far-right group Kommando Freisler, which he said was “widely available” on YouTube despite the fact that it had been banned in Germany and the band members behind it given suspended jail terms in 2009 for inciting racial hatred.

Singer referenced a previous letter of complaint dated from last September by the director of the memorial at the former Bergen-Belsen concentration camp, Jens-Christian Wagner, asking for “In Belsen” to be blocked.

WJC spokesman Michael Thaidigsmann said that letter had received no response and that following a report on the letter in the mass-selling German daily Bild on Saturday, many but not all versions of the song had been pulled from YouTube.

Further tracks from the same album and “thousands of clips” from other neo-Nazi bands could also still be seen, he said.

“It is obvious that Google/YouTube does not seriously deal with this matter, that it lacks any proactive attitude, and that even when offensive posts are being flagged, it is very slow to remove the incriminating files from its service,” Thaidigsmann said.

“If I post something from Adele or Taylor Swift, you can bet it'll be gone in a few hours,” he said, referring to the company's approach to copyright violations.

A spokesman for YouTube's German unit said that the company had “clear guidelines to ban hate speech against certain groups or content that incites racial hatred”.

“We remove all videos that violate these guidelines as soon as they are reported. That also applies to banned right-wing extremist music,” he added.

By Monday afternoon, all of the offending videos cited in an email from the WJC had been removed from YouTube.

Germany has strict hate speech laws and its authorities have pressed social media companies to do more to police incitement on their sites.

Prosecutors have, for example, opened investigations into Facebook executives over complaints that the social media site facilitates the incitement of hatred.