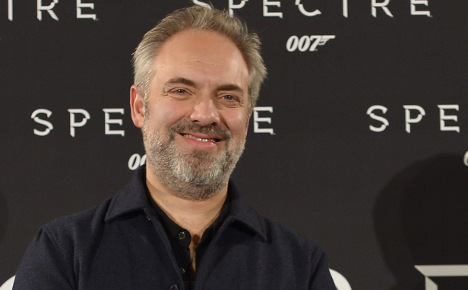 Mendes, who has directed several blockbusters including James Bond pictures “Skyfall” and “Spectre”, said he was “delighted” to be asked to preside over the worlds' oldest film festival.

This year's event will run from August 31st to September 10th.

“I'm very honoured to have been asked… I've always had a strong personal connection with Venice; as a student I worked for three months at the Peggy Guggenheim Collection way back in 1984, and my happiest film festival memory is launching 'Road To Perdition' at Venice in 2002,” said Mendes, 50.

Festival director Alberto Barbera said: “(Mendes') productions, whether destined for stage or screen, are able to reconcile the expectations of the most exacting critics with the tastes of a vast audience which seems to transcend all geographical and cultural boundaries.”

Mendes won the Oscar for best director for his directoral debut “American Beauty” in 2000.

As well as winning acclaim for his big screen work, Mendes has directed several plays in London including for the Royal Shakespeare Company.

“I am thoroughly delighted to be coming back to the Lido this year and welcoming a wealth of international filmmaking talent,” said Mendes.

The decision to limit cruise ship access to the Venice lagoon has come at a cost. Photo: Miguel Medina/AFP

The new rules, which took effect in August, followed years of warnings that the giant floating hotels risked causing irreparable damage to the lagoon city, a UNESCO world heritage site.

Some 30 million euros has been allocated for 2021 for shipping companies who incurred costs in “rescheduling routes and refunding passengers who cancelled trips”, the infrastructure ministry said in a statement.

A further 27.5 million euros – five million this year and the rest in 2022 – was allocated for the terminal operator and related companies, it said.

The decision to ban large cruise ships from the centre of Venice in July came just days before a meeting of the UN’s cultural organisation Unesco, which had proposed adding Venice to a list of endangered heritage sites over inaction on cruise ships.

Under the government’s plan, cruise ships will not be banned from Venice altogether but the biggest vessels will no longer be able to pass through St Mark’s Basin, St Mark’s Canal or the Giudecca Canal. Instead, they’ll be diverted to the industrial port at Marghera.

But critics of the plan point out that Marghera – which is on the mainland, as opposed to the passenger terminal located in the islands – is still within the Venice lagoon.

Some aspects of the plan remain unclear, as infrastructure at Marghera is still being built. Meanwhile, smaller cruise liners are still allowed through St Mark’s and the Giudecca canals.

Cruise ships provide a huge economic boost to Venice, but activists and residents say the ships contribute to problems caused by ‘overtourism’ and cause large waves that undermine the city’s foundations and harm the fragile ecosystem of its lagoon.