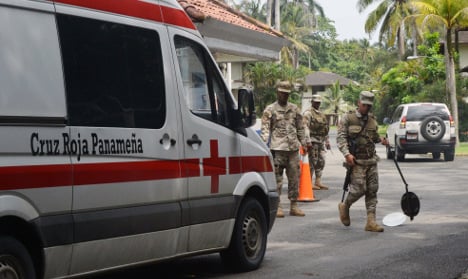 Peter Maurer, president of the International Committee of the Red Cross (ICRC), made the comments in Le Matin Dimanche, after the Swiss paper detailed how shell companies set up by Panama law firm Mossack Fonseca inaccurately listed the ICRC as their beneficiary.

“The (risks) are enormous. If we were found, for example, to be associated with an offshore company owned by an armed group, I dare not imagine what we could be implicated in,” Maurer told the paper.

“We are going to do to everything in our power to stop this abuse,” he added.

According to the Swiss paper, Mossack Fonseca set up two entities — Brotherhood Foundation and Faith Foundation — which it offered to clients as an asset holding body.

The ICRC was listed as a beneficiary of the two “foundations”, without the ICRC's knowledge, a move reportedly allowed under a legal loophole.

“We have never had a relationship with Mossack Fonseca and we have never received money from them,” Maurer told the paper.

The so-called Panama Papers scandal was sparked by the leak of an enormous cache of Mossack Fonseca's documents, which exposed the hidden offshore dealings of political figures and celebrities across the world.

Maurer said the ICRC faced specific risks by being falsely tied to mysterious or unidentified funders.

“The ICRC needs particular protection, because we work in war zones and in conflicts with many belligerents.”

“The security of our staff is in part guaranteed because our name and our emblem are respected,” he added.

Maurer said the ICRC counted on being synonomous with “neutrality, independence and integrity”, a reputation which could threatened if it was perceived as receiving money from questionable sources.

Le Matin Dimanche also reported that the environmental charity WWF had similarly been listed as a beneficiary of entities created by Mossack Fonseca.