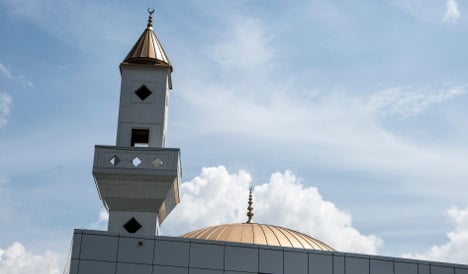 A branch of the anti-immigrant Alternative for Germany (AfD) party in Lower Bavaria wants to shut down mosques, according to a draft proposal seen by 30 newspapers under publishing group Publication Network Germany (RND),

In the 45-page draft set of party policies titled “The Courage to take Responsibility”, the party writes that “Islam does not belong to Germany” and calls for banning the “construction and operation of mosques”, according to RND.

The party declares that the religion goes against the German constitution, saying that there must be limits to the principle of religious freedom.

But the leader of the AfD's Bavaria-wide federation, Petr Bystron, distanced himself from the proposals from Lower Bavaria, telling RND that he knew of the draft and that it was an alternative proposal which many within the mainstream, party leadership did not agree with.

The Lower Bavarian group have a “certain relationship” with the more right-wing section of the party, Bystron added.

The AfD began in 2013 as a Eurosceptic party against the EU's single currency and was co-founded by economics professor Bernd Lucke.

But the party has since veered to the right, ousting Lucke as its leader last year for chemist and businesswoman Frauke Petry to take charge.

The anti-immigration rhetoric of Petry has resonated with followers – even when she has suggested using firearms against refugees at the border – and the party has made double-digit gains in certain state parliament elections.

The strong words of certain local party branches have attracted negative attention for the AfD recently, including reports that a branch in Saarland had close ties to neo-Nazi extremists in the National Democratic Party (NPD), which faces being banned by the Constitutional Court.

In response, the AfD announced it had dissolved the southwestern state's branch last week.

Another AfD branch in Krefeld, North Rhine-Westphalia caused a stir earlier this month when it posted a message comparing discrimination against its members to the experience of Jews under the Nazi regime.