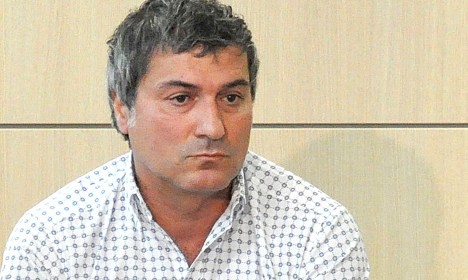 “It is impossible for KI to continue to have any cooperation with Paolo Macchiarini. He has acted in a way that has had very tragic consequences for the people affected and their families. His conduct has seriously damaged confidence in KI,” human resource director Mats Engelbrektson said in a statement.

Macchiarini, a 57-year-old visiting professor at Karolinska since 2010, rose to fame for carrying out the first synthetic trachea, or windpipe, transplant in 2011.

It was a plastic structure seeded with the patient's own stem cells – immature cells that grow into specialised cells of the body's organs.

The surgeon performed three such operations in Stockholm and five others around the world, and the exploit was initially hailed as a game-changer for transplant medicine.

But six of the eight patients reportedly died, and allegations ensued that the risky procedure had been carried out on at least one individual who had not been life-threateningly ill.

Macchiarini is also suspected of lying about his scientific research and his past experience with prestigious medical research centres.

“Paolo Macchiarini supplied false or misleading information in the CV he submitted to KI” and “demonstrated scientific negligence” in his research, said the institute.

An article in the Swedish medical journal, Lakartidningen, described the Macchiarini case as an “ethical Chernobyl” for the institute.

KI's rector, Anders Hamsten, and the general secretary of the Nobel Assembly, Urban Lendahl, both resigned in February. The Karolinska Institute board has largely been replaced.

Swedish police are investigating Macchiarini on suspicion of involuntary homicide and bodily harm.