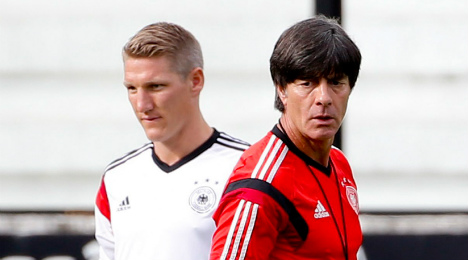 “As the people responsible, it's important to us that we do the best to guarantee security at games,” German national team manager Oliver Bierhoff told reporters at a press conference in Berlin. “The most important is the safety of people.”

Coach Joachim Löw said that the Brussels attacks had immediately reminded him and his players of the night of the Paris attacks in November.

The German Mannschaft, the French Bleus, and thousands of spectators were trapped in the Stade de France as suicide bombers blew themselves up outside a friendly game and carnage broke out in central Paris.

“The events that happened yesterday are terrible and have made us thoughtful,” Löw said.

But he went on to say that the sport wouldn't allow itself to be marked by the terrorist attacks.

“I hope that the Euro championships [slated for France this summer] will pass off peacefully and that sporting events are the focus,” he said.

Beyond the stadium and public transport hubs, gatherings of fans in the capital's open spaces such as Alexanderplatz or Kurfürstendamm will be of particular concern to police.

But in the hours before the game officers will be deployed to the most likely locations to be on the lookout.

Federal police will also be present in the stations and aboard local S-Bahn trains.