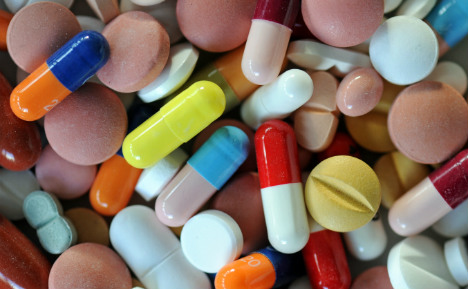 The research by the Institute of Medical History and Ethics in Berlin found that between 1961 and 1989, at least 900 medical experiments took place in the German Democratic Republic (GDR) using drugs developed by Western pharmaceutical firms.

The long-awaited report on a scheme designed to provide hard currency to the cash-strapped regime confirmed some allegations leveled in a 2013 article by news magazine Der Spiegel, albeit on a much smaller scale than the magazine reported.

Tests were carried out in cooperation with the communist government of the GDR and its feared Stasi secret police.

And it wasn’t just West German companies that were indulging in this dubious practice. American, British and French companies also carried out these experiments, the report found.

“The GDR authorities gave their country’s health system over to Western companies and a research laboratory, in order to finance their highly indebted planned economy,” the researchers said.

The report is also highly critical of the Western companies, saying that they abused the fact that the GDR was a dictatorship with low accountability for their own ends.

“The decisive competitive advantage for the Western companies was not the low costs, but the considerable time and efficiency bonus which the dictatorial GDR regime could offer,” the report found.

The tests were carried out for 75 companies from 16 countries, mainly from West Germany but also Switzerland, France, the United States and Britain. Some of the biggest names in the industry were involved including Bayer, Pfizer and Roche.

Nevertheless, the tests do seem to have been carried out according to the international standards of the time, even if these do not correspond to 21st century standards.

“What appears dubious to us today was not specific to the GDR, even though some of it appears ethically dubious now,” Volker Hess, head of the research group said.

“We could not find evidence of systematic breaches [of international ethical codes] in the studies carried out in the GDR,” he added

The researchers were not able to discover, though, whether the participants always took part willingly.

“There is only fragmentary information about how the tests were explained from interviews between patients and doctors,” Hess said.

It seems that some companies did take advantage of a difference in standards between East and West, though.

Between 1987 and 1989, some patients in a test run by the firm Hochst AG received a medication that was already on the market in the West, while a control group was given a less effective East German medication.

The experiment was aimed at measuring the efficiency of the new medication and wouldn’t have been possible in the west where it was not possible to withhold a medication from a patient which was already on the market, Die Welt reports.