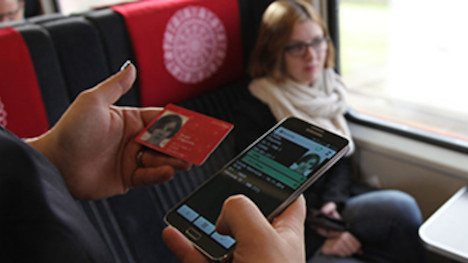 The publicly owned company said on Monday it would comply with a demand by the Swiss data protection watchdog.

From the end of March it will not store any more data, the SBB said, according to Swiss media reports.

Walter said it was not appropriate that every time the card was inspected details of the time, train number and card number were captured and stored for 90 days.

He said there was no legal basis for SBB to act in this way.

A report by the data protection officer showed that in the middle of October – two and a half months after the SwissPass was introduced – there were 3.2 million entries in the database.

But SBB said it had not stored any personal data, and that it was not possible to locate passengers through it or to create personal mobility profiles.

It said data protection was a top priority but it needed the information in order to offer passengers “tailor-made mobility solutions”.

The red SwissPass was introduced on August 1st last year to replace the blue half-price and the full GA travel card. Information on the type of season ticket and date of expiry is stored in a chip.

SwissPass allows a customer to group together multiple travel and leisure subscriptions on the one card.

But some ski resorts have complained at the amount the SBB has been charging them to use the system.