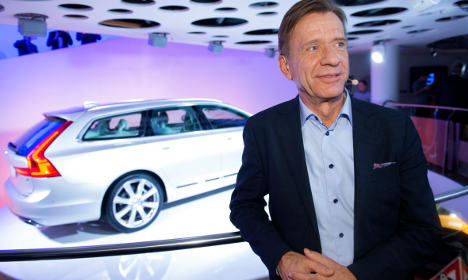 “We had to make bold decisions in the last few years – that was a necessity – by investing to have new vehicles, new motors, new platforms,” chief executive Håkan Samuelsson told the AFP news agency on the margins of the automaker's results presentation.

“Most of these investments are behind us. Now we will grow further,” he said and promised staff would be given a summer bonus as a result of the profit rise, although he declined to elaborate on exactly how much.

“Everyone at Volvo has contributed and of course they should also get part of the profit,” Samuelsson told the Expressen tabloid.

For 2016, Volvo said it expects a further increase in sales, despite the Chinese economic slowdown.

Samuelsson said it was now “less dependent than others on the overall conditions on the automobile market”.

Volvo Cars, which makes no secret of its ambition to compete head-on with leading global high-end brands Audi, BMW, Mercedes-Benz and Jaguar, said it raised its staff numbers by 8 percent in 2015, to 28,100.