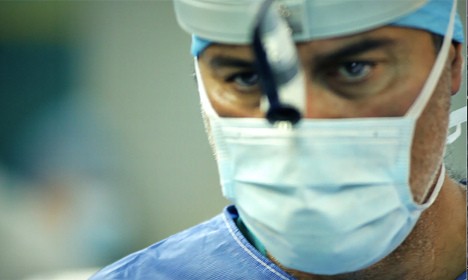 Paolo Macchiarini, famed for his pioneering use of stem cells in regenerative surgery, was reported to the Swedish authorities by four doctors in 2014. But an internal probe cleared him of research misconduct and carrying out procedures without ethical permission.

However, after a documentary by Swedish public broadcasters SVT last week shed light on some of his more controversial surgeries, the university hospital announced on Wednesday that it had appointed its chief doctor, professor Nina Nelson Follin, to take a closer look at his work.

“The information put forward has made us want to examine carefully how this has been handled. It is important for patients, employees and clients, as well as for the public, that we investigate the matter thoroughly,” said Nelson Follin in a statement.

Macchiarini won fame in 2011 for carrying out the first synthetic organ transplant, making a trachea – or windpipe – from plastic, and using it as a frame into which the patient’s own stem cells could then grow. He later carried out the procedure on two other patients at the Stockholm hospital.

However, two of the patient trio later died and the third is awaiting a new trachea transplant in the United States. The Karolinska University Hospital has previously insisted that the operations were justified.

The Karolinska Institute, which is closely affiliated to the university hospital, has said it is also going to investigate the surgeon, who is also facing an ongoing criminal investigation.

Macchiarini told Swedish newspaper Svenska Dagbladet that the accusations against him were “false” but that he would not comment further until after the investigations had concluded.