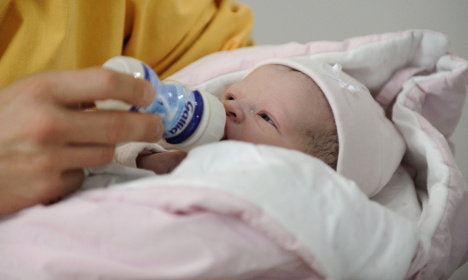 “I just wanted to make people happy,” the sobbing 37-year-old defendant told the court in the Loire Valley city of Blois as the trial opened on Tuesday.

Using pseudonyms such as “little stork” and “sincere angel”, the defendant named only as Aurore landed her first successful contract in 2010 with a male homosexual couple in western France, agreeing to carry a child for them for €15,000 ($16,000).

The due date was March 21st, 2011, but when the time came she sent a text message to the couple claiming that the child was stillborn. In fact the baby boy was born in perfect health and sold for around €10,000 to another gay couple living in Luxembourg.

In 2012, she promised a baby to another male gay couple for €15,000, then told them it died. But, the baby was born healthy too, and she sold it to a straight couple in northern France.

By the time she was arrested in 2013 she was in contact with another three couples, and was charged with fraud and attempted fraud.

Experts said the defendant, who testified that she had been raped by her father as a teenager, suffered from “major emotional neglect” and low self-esteem.

“I would rather have been adopted by parents who would have loved me as I am,” she told the court, sobbing.

Her clients are being tried simultaneously for “incitement to the abandonment of children”.

“We realised it was illegal to use a surrogate mother, but when we went on the Internet we saw how easy it was,” one of them told the court.

She already had four children in 2008 when she became pregnant with an unwanted fifth child, a baby girl that she offered for free to a Parisian couple.

That experience inspired her to earn money as a surrogate mother.

In August 2009, a British couple showed interest but non-professional efforts to inseminate her with the husband's sperm failed.

Deputy prosecutor Jean Dematteis has recommended that she be sentenced to a year in jail with nine months suspended and that all four couples in the case should be given suspended fines of 2,000 euros.

Surrogacy – even if altruistic – has been banned in France since 1994. The fate of the three children – the one she gave away and the two she sold – will be decided pending the outcome of the trial, with a verdict set for March 22nd. 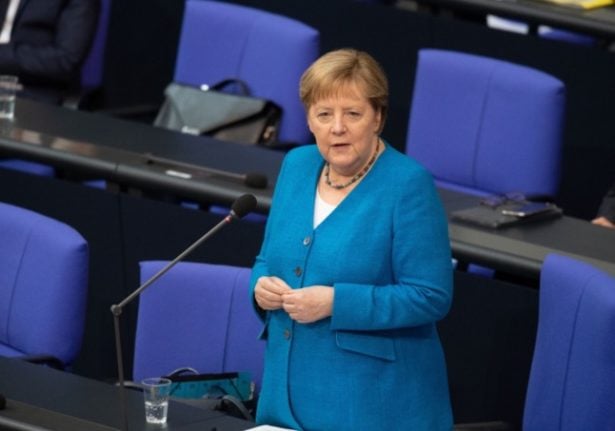 “I consider this law to be wrong and incompatible with my understanding of politics,” Merkel said on Wednesday in response to a query from a far-right lawmaker at government question time in parliament.

The German leader said she saw it as a contradiction that “single-sex partnerships are allowed” in Hungary “but education about them is restricted”.

“That impacts freedom of education and such matters and is something I oppose politically,” she said.

It was likely Merkel’s final question and answer session in the Bundestag before she steps down at the federal election in September.

Merkel was also quizzed on Germany’s Covid management where she reiterated that the pandemic “is not over yet”.

European Commission president Ursula von der Leyen has condemned the Hungarian law as a “shame” that went against EU values, saying it “clearly discriminates against people on the basis of their sexual orientation”.

She said the Commission would raise legal concerns over the law with Budapest, and added: “I will use all the powers of the commission to ensure that the rights of all EU citizens are guaranteed whoever you are, and wherever you live.”

Merkel declined to be drawn on the Commission’s plans against Budapest, or on a disputed decision by UEFA refusing to allow the Munich stadium hosting Wednesday’s Germany-Hungary Euro 2020 match to light up in rainbow colours.

Munich city authorities had planned the display to “send a visible sign of solidarity” with Hungary’s LGBTQ community.

Fifteen of the EU’s member states have signed up to voice their “grave concern” at the LGBTQ law that Budapest argues will protect children.