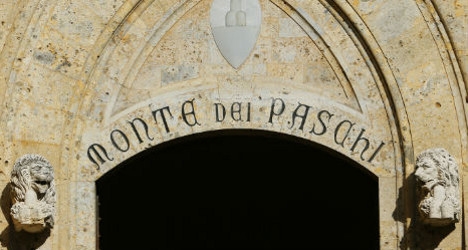 Prime Minister Matteo Renzi said the country's banking system was “much more robust” than thought – and all the signs were that players on the Milan stock exchange believed him, despite lingering concerns over more than €200 billion worth of bad debts.

Banca Monte dei Paschi di Siena (BMPS) was one of the hardest hit earlier this week with trading in its shares suspended on Tuesday. But the bank considered to be the oldest in the world surged back spectacularly on Thursday with a 43 percent rise in a broader market that advanced 4.2 percent.

The rebound came after Renzi took to the pages of the Il Sole 24 Ore economic daily to try to reassure skittish investors.

“There's manoeuvring on some banks, full stop. The system, in my opinion, is much more robust than what some investors legitimately fear,” Renzi said in an interview published in Thursday's edition.

“We're attentive and worried in the face of the tension on the banking front but that may be a good opportunity for the Italian credit system on condition it acts quickly and well,” he said.

Data showing non-performing loans hitting a new record high on top of Italy's already struggling economy after a three-year recession undermined confidence at the start of the week.

Renzi told the Italian daily that he believed it was “best” to leave it to market forces to find a solution for the Italian banking sector.

“I imagine it is in the process of looking for a market solution to strengthen itself,” he said.

“The aim of BMPS, but also of other banks in the Italian system, is to bolster themselves… to better resist the turbulence.”

On Tuesday Italy's Banking Association said that bad loans, which experts say are unlikely to ever be repaid, hit a record €201 billion ($219 billion) in November.

News that the European Central Bank was asking several banks – including BMPS, Banco Popolare and UniCredit – for data on their bad loans fuelled concerns the situation was spiralling out of control.

Renzi told Il Sole 24 Ore that the primary response to the country's bad loan situation was to kickstart the economy, help the private market buy the loans and encourage the consolidation of Italy's banking sector.

Bank consolidation is a hot topic in Italy, which boasts over 700 different banks.

Asked if Italians' bank deposits were safe, he responded: “Obviously yes. And besides, to have one of the highest savings to GDP (gross domestic product) ratios is Italy's great strength. We'll never weaken it.”