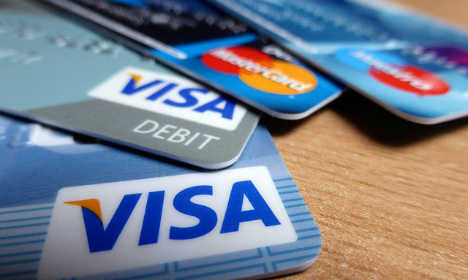 An employee of Turin's transport of authority has been fired for using the organization's cash to fund lavish shopping sprees.Photo: Sean McEntee/Flickr

She is alleged to have spent the money on a string of luxury times, including a new fur coat and designer clothes.

Schiraldi was first questioned about her unauthorized shopping last Friday, but reportedly failed to provide a plausible excuse to her bosses.

As a result, she was dismissed on Thursday after being handed a three-page letter listing the items she is alleged to have bought using GTT's money.

“I'm unhappy about having to take this course of action, but it couldn't be overlooked,” CEO of GTT, Walter Cesere, told Quotidiano Piemontese.

Schiraldi slammed her dismissal as “discriminatory”, claiming she had been the victim of fraud.

“Both my personal card and the company card were cloned,” she insisted.

Schiraldi's sacking comes amid a crackdown on cheating public sector workers in Italy and follows the dismissal of four council workers in San Remo this week, who were given their marching orders after being embroiled in a high-profile absenteeism scandal that saw 195 people investigated.

Earlier this week, Prime Minister Matteo Renzi promised “an iron fist” would be used against cheating workers as the public sector strives to clean up its act.