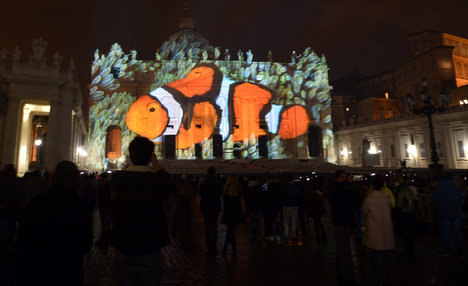 The light show, titled “Fiat Lux (Let There Be Light): Illuminating Our Common Home”, also coincided with the festive launch on Tuesday of a special Catholic Jubilee Year on the theme of mercy.

Thousands of people thronged St Peter's Square for the hour-long light show  featuring the work of some of the world's best photographers including Sebastiao Salgado of Brazil, Joel Sartore of the United States and Frenchman Yann Arthus Bertrand.

The images were accompanied not by music but by the sounds of nature such as stormy weather, birdsong and long stretches of silence. The initiative, backed by the World Bank, aims to underscore the Catholic Church's push for environmental protection.

Pope Francis, a fierce defender of the environment, warned leaders at the start of the two-week COP21 talks in Paris on November 30th that it was “now or never” for international leaders to seal a deal to slow global warming.