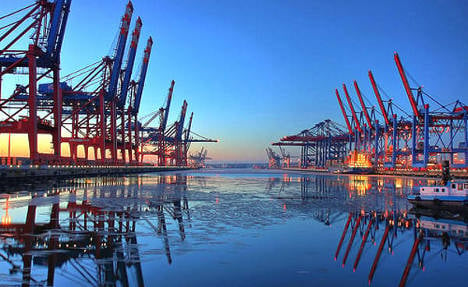 What are the most expensive cities to live in in Germany? Photo: Wikipedia Commons

A new study conducting by online estate agent Immobilien Scout shows which are the least affordable cities in the Bundesrepublik (Federal Republic).

Residents of these cities are paying on average between 20 and 30 percent of their incomes in rent. But in the most sought-after neighbourhoods this proportion often rises above 40 percent. This is nothing compared to England where tenants give up half of their salary to pay their rents.

Nonetheless, in the most sought-after cities in Germany rent is rising as a proportion of income, leaving people with less money to enjoy the things that brought them to the town in the first place.

Mind you for those who have chosen to leave London to live in Germany's capital there will be comfort to know that while in the British capital they were paying an average of 72 percent of their salary in rent, in Berlin that proportion is still far, far lower.

The calculations were all 'cold rent' rent without bills as a percentage of after-tax income.

Under plans to reform how property tax is calculated, around 36 million homeowners in Germany have been asked to fill in a tax declaration this year.

The deadline for submitting the new declaration is currently set to expire at the end of October. But according to Finance Minister Lindner, just a quarter to a third of property owners have completed their tax return so far.

Speaking on the RTL/ntv programme Frühstart, the FDP politician said he would arrange talks with the state premiers this week in order to pitch a deadline extension of at least a few months.

“My offer: we extend the deadline for submitting the property tax return by a manageable period of time,” he said.

Lindner said it was important to be “realistic” about the fact that some citizens, especially older property owners and pensioners, felt overwhelmed with the tax return.

He also acknowledged that there had been problems with the software for submitting tax returns, which had added to homeowners’ woes.

The new system will primarily calculate the tax rate using land value and rent, though states will be able to introduce other regulations.

Advocates of the change say the new system is fairer than the current one that bases the tax rate on the (often outdated) value of the property.

However, attempts to carry out the largest tax reform since the Second World War have hit numerous hurdles along the way, with property owners complaining of difficulties filling in and submitting the declaration.

There were also issues affecting the government’s Elster tax portal, which was overloaded with users in July after the tax offices started accepting property tax declarations.

The problems have led to growing calls to extend the deadline until at least January 31st, 2023.