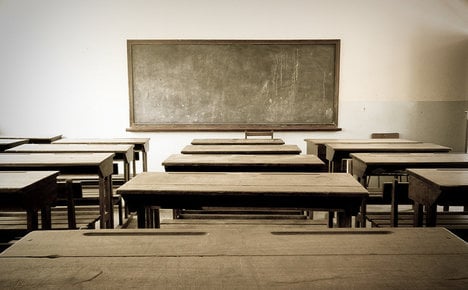 Italy's Health Minister Stefania Giannini intervened after an 11-year old girl with Aids was refused a place at a school in Campania. Photo: Cristian Carrara/Flickr

Giannini said the girl “will return to class, as is only fair” over the next few days, Avennire reported.

“We will look into whether the refusal was discriminatory and if it was then somebody will take responsibility,” Giannini added.

The girl was accepted into a middle school in Taverola, Campania in July, but in a decision that horrified her foster parents, the school took a u-turn after it discovered she has Aids.

The Aids diagnosis was only made in February this year after she suffered a heart attack – aged just 10 years old.

The school's headmaster said that there were not enough places and instead offered to provide distance learning support.

Her foster parents, Fortunata and Antonio, appealed to the education minister, arguing that the decision was based on hysterical and unfounded fears about Aids contagion.

“It's clear that the state school system is discriminating against her,” they wrote in an open letter to Giannini this week.

“She has been ready to go to school every morning, with her rucksack on her shoulders.”

They also argued that being allowed to attend a school with other children was a vital part of any child's social education and integration, something which is even more important for a chronically ill child from a disadvantaged background.

“We have had to explain to her that the school that was willing to accept her is scared of her illness. Can it be true that the state school system is scared of Aids in 2015?”

The 150,000 people in Italy with Aids and HIV are protected from discrimination at work and at school by law.

“While we don't know the specific medical details about the girl, there is no logic or law that should stop her from being able to go to school,” Massimo Oldrini, the president of the Italian League for the Fight against Aids, told The Local.

“This news only serves to increase the stigma surrounding HIV and Aids, affecting people all over the country.”

The girl, who came from a severely deprived background and has so far gone through the state school system without problems, was placed in foster care in June after her family could no longer look after her.