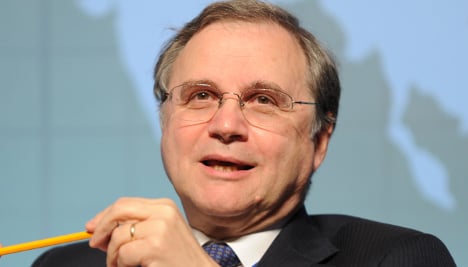 Citing court documents, The Wall Street Journal reported that seven other people are also being investigated in connection with the sale last year to Banco di Desio e della Brianza.

Prosecutors in Spoleto, a town in Umbria, opened the investigation following a complaint by more than 100 shareholders of BPS who allege the bank rejected an offer from Hong Kong-based NIT Holdings even though it was €100 million higher than the one offered by Desio.

The shareholders reportedly lost between €300 million and €350 million as a result of the sale of BPS, which was placed under “special administration” in 2013 after an inspection by the Bank of Italy uncovered irregularities and a lack of capital.

The Bank of Italy said in a statement that it “could not comment on recent developments at BPS, on which prosecutors are reportedly investigating.”

Neither Visco, who has been the Bank of Italy's governor since October 2011, nor the seven others have been charged with a crime.