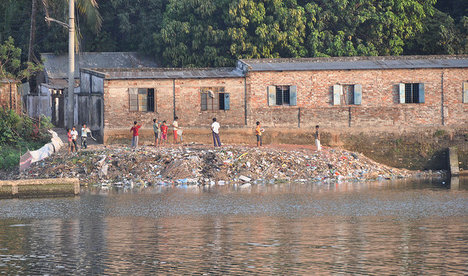 The man was shot dead in the Gulshan area of Dhaka, Bangladesh. Photo: Marufish/Flickr

The 50-year-old man died in hospital after he was shot three times by attackers who fled on a motorcycle, Dhaka police spokesman Muntashirul Islam told AFP.

Isis claimed responsibility for the shooting, according to a US monitoring organization.

“He died after being brought to a Dhaka hospital.”

Site Intelligence Group said a communique by Isis claimed that “a security detachment” tracked and killed Cesare with “silenced weapons” in the streets of Dhaka.

The attack came a day after Cricket Australia said it was delaying its departure to Bangladesh for an October tour due to government fears that militants may be planning to target Australian interests.

Cricket Australia said it was seeking assurances from its Bangladesh counterpart before proceeding with the trip.

Bangladesh prides itself on being a mainly moderate Muslim country. But the gruesome killings of a series of atheist bloggers this year rocked the country and sparked a crackdown on local hardline Islamist groups.

The Bangladesh police spokesman said the three assailants fled the scene after the shooting near the city's diplomatic quarter.

Police said Cesare worked for ICCO Cooperation, a global development agency that has offices in Bangladesh.

No one at ICCO's Dhaka office could immediately be reached for comment and there was no confirmation from the Italian embassy in Dhaka.