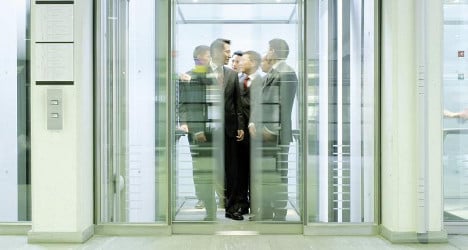 Two Chinese managers, including the local managing director, were taken away by police for questioning on Thursday, the company said in a statement.

“The allegations are not known in detail, but could relate to investigations into employees of the Chinese sales organization,” the statement said.

“This primarily concerns embezzlement to the detriment of Schindler, as well as passive bribery (acceptance of bribes), and possibly bribery relating to private individuals.”

China-based staff of Schindler declined to comment on the allegations.

Since President Xi Jinping took office over two years ago, China has launched an unprecedented anti-corruption campaign, which has brought down government officials and industry executives.

The court ordered the firm's former head of China operations, Mark Reilly, to be deported, and sentenced four other former GSK executives to between two and four years in prison, state media have reported.

Schindler said it is working closely with authorities on the case and will provide further information as soon as “proven facts” have been established.

The company entered the China market 36 years ago and has expanded its business by acquiring a domestic escalator firm and opening a plant in Shanghai.