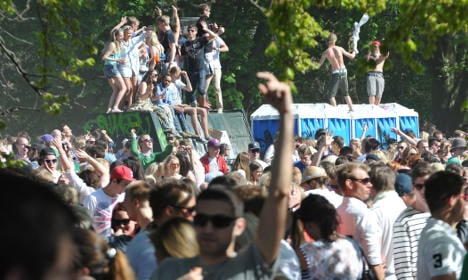 1. You arrive 15 minutes late for all lectures…

Swedes like to be on time. In fact, they are probably some of the most punctual people in the world. So prepare to be stunned by the fact that your fellow Swedish students saunter casually into the lecture hall 15 minutes late every day while you’re waiting in your seat.

This tradition, called an “academic quarter”, dates back to a time when students did not own pocket watches and the ringing of the church bells was the general method of timekeeping. When the bell rang they knew they had 15 minutes to get to the lecture. Obviously today’s tech-savvy Swedes don’t go anywhere without their smart phone, but the tradition lives on.

2. … or half an hour late for events in the evening

Been invited to a party starting at 6pm? Don’t show up until 6.30pm. In the evening the academic quarter gets extended to a double quarter – to allow students enough time to change into formal evening wear.

Therefore, if the invitation says 8pm, the event in fact starts at 8.30pm. Interestingly the academic quarter was officially abolished by an Uppsala University principal in 1982, but students and lecturers still observe it today. Are you late enough yet? Photo: Torstein Bøe/NTB scanpix

3. You howl out your exam stress

Have you ever felt so stressed out that you just want to open your window and scream at the top of your lungs? Well, at university campuses in towns such as Uppsala, Stockholm, Linköping and Lund, students do just that when the exam pressure gets too overwhelming.

No one knows exactly how the howl (known as the Flogsta roar in Uppsala or the Delphi scream in Lund after the name of the student residences where it began) was invented, but every night at around 10pm students take to their balconies, roofs and windows to scream out their anxiety. 4. You change your nationality (well, not quite)

The so-called nations (nationer) in the ancient university towns of Uppsala and Lund are the oldest student societies in Sweden, dating back to the 1600s, although each will claim they are older than the other. There are 13 at each university and they are all named after various Swedish provinces and counties.

In the past, students were meant to join the nation named after their own province of birth. Nowadays, they are loosely defined by either political alignment, interests, size or character. Most have their own cafe and pub and many also provide accommodation for members, alongside organizing club nights, formal dinners and musical events. While not only a Swedish tradition within academia, this is a rite the universities have taken to heart. Many student societies organise informal as well as formal dinners every Thursday serving traditional yellow pea soup with pancakes for dessert. The tradition is said to originate from the time Sweden still subscribed to Catholicism as preparation for Friday fasting – but why give up on something yummy?

The pea soup is usually washed down with popular university beverage punsch (if you’re still able to spell that after a glass of punsch we’re impressed). The sweet drink contains around 25 percent alcohol by volume and 30 percent sugar and is produced from arrack, sugar, neutral spirits, water and various flavourings.

RECIPE: How to make your own Swedish pea soup 6. You’ll be brushing up on your drinking songs

That punsch we mentioned? Your Swedish course mates will not let you have even the most modest of sips without singing at least one five-verse drinking song to accompany it. The same goes for all other beverages. There’s a song to go with wine, a special beer song, one for Swedish aquavit, another for plain tap water and so on.

Over the course of the evening, usually enjoyed at a three-course sit-down meal before a night of ballroom dancing (which these days is really just code for any-kind-of-modern-dancing-while-wearing-ball-gowns), they will all be sung.

The tradition of sit-down dinners is usually known as sittning (in Lund) or gasque (in Uppsala). 7. April 30th is the most important day of the year

Swedes celebrate bonfire parties on Walpurgis night (Valborgsmässoafton) every year. The most exciting action, however, occurs in the nation’s student cities, where revellers take the good weather with a good dose of extreme madness before they hunker down to revise for their summer exams.

For many students, the day begins with a champagne breakfast, which inevitably ends up with more champagne splashed around the rooms of the student nations than in champagne glasses. In Uppsala, thousands of residents then line up next to the river to watch students take part in a homemade-raft boat race. Then they all gather in the park to see in the warmer weather with loud music, dancing and wild student antics.

If you’re a student, chances are this will be one of the best nights of your life. If you’re not a student, it’s best to stay away. And buy ear plugs. READ NEXT: Ten things to know before a Swedish party 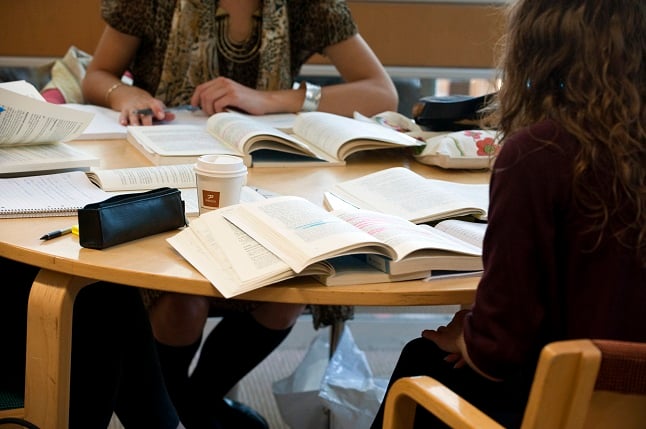 STUDYING IN SWEDEN
Who can study for free in Sweden? 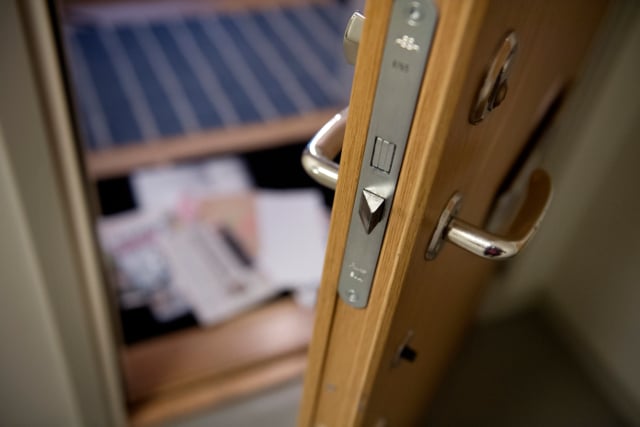 PROPERTY
Don’t panic! How to find student housing in Sweden

The Migration Agency has announced changes to its rules for student residence permits in Sweden. Photo: Adam Wrafter/SvD/TT

The Swedish Migration Agency has removed a previous requirement that student permit applicants physically be on campus for 50 percent of their course.

This means that unlike last year, in 2021 it will be easier for non-EU students to get a student permit despite many universities having switched to remote teaching due to corona. Normally, one of the requirements for a student permit is that the majority of teaching takes place on campus, which means distance teaching is usually not sufficient.

Swedish universities have generally been offering mostly distance teaching since mid-March last year, and many international students have told The Local that the many conflicting recommendations and requirements caused them a lot of stress, with time zones and travel restrictions causing problems for those who had to return to their home countries because they could not renew their permit. Meanwhile, many universities required students to be present on campus at the start of their course.

The Migration Agency said at the time that they were able to grant permits as long as most of the teaching was on-campus, and would try to interpret the rules generously.

But it will likely come as a relief to international students that the 50 percent in-person attendance requirement will now be removed for student residence permits in 2021.

The Migration Agency writes that “the starting point is still that you must stay in Sweden to complete your education” but that “the reason for the loosening of the rules is that attendance on campus cannot be decisive for the agency’s assessment of residence permits for full-time students, because higher education institutions have adapted their activities to national advice and recommendations based on the current situation”.

The exception will only apply to courses that would normally have been held in person, but have moved online due to the pandemic.

A previous exception that student permit holders no longer have to leave Sweden to apply for a new permit for the coming semester during the summer holidays when they are not studying will also be kept in place for 2021, said the Migration Agency.

Thirdly, it will be possible to receive a student permit for university education from August 1st, 2021, regardless of when the course starts. Normally, the permit is only valid from 14 days before the start of the semester.

“The purpose of the decision is to make it easier for higher education institutions to offer study preparation courses to their international students before the start of the semester,” writes the Migration Agency.