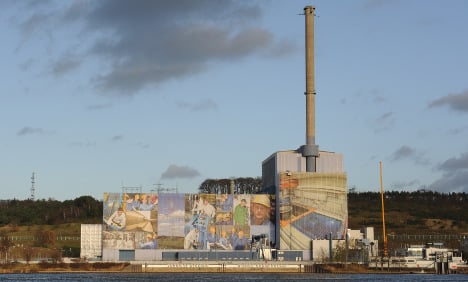 The Krümmel nuclear plant south-east of the port city was shut down after a series of mishaps.

It is one of eight reactors in Germany that the government ordered to stop producing energy after the Fukushima disaster in 2011.

Now the Schleswig-Holstein atomic energy regulator must decide whether to accept the application to dismantle the plant completely.

Vattenfall's application is the first step in a long and convoluted process to grant permission which may last up to 20 years, the energy giant said in a statement.

The first step in the process will be the company submitting a safety report for their plan to shut down and dismantle the plant, which will be submitted “in the coming months”, Vattenfall nuclear energy manager Pieter Wasmuth said in the statement.

People living nearby will be able to consult the report when it is published to check how the plans might affect them.

Krümmel is the second nuclear plant Vattenfall has asked to dismantle after a similar application for one in nearby Brunsbüttel in 2012.

That application is likely to be complicated by the large number of leaky barrels containing radioactive waste stored at the Brunsbüttel site.

Vattenfall is currently suing the German government for billions of euros in damages in an international court  over its 2011 decision to phase out nuclear power, in part because of the ban on re-opening the Brunsbüttel and Krümmel plants.