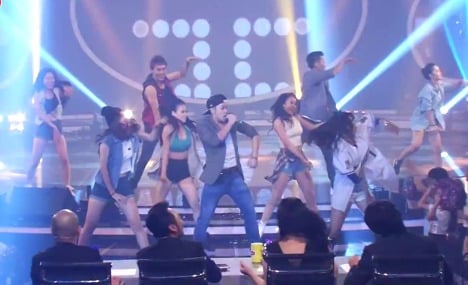 When 22-year-old Trong Hieu from Hanover travelled to Vietnam, he simply planned to take a holiday in the country where his parents grew up, reports Norddeutscher Rundfunk.

However, Hieu was about to make a name for himself as the southeast Asian country's favourite “Hot Boy from Germany”.

Hieu was born in Germany, after his parents emigrated from Vietnam in 1991.

Shortly before his trip to Vietnam earlier this year, a friend told him that auditions for Vietnam Idol were coming up.

Hieu applied, and after passing his audition he quickly became a favourite in the competition, earning the nickname and the adoration of thousands of fans.

Inundated with support, Hieu rounded off his time on the show on Sunday with a rendition of Mark Ronson's Uptown Funk.

He earned 71 per cent of the votes, storming to victory ahead of competitor Bich Ngoc.

Hieu believes his German background helped him win the hearts of voters.

“I don't speak perfect Vietnamese, but I bring something different to the competition,” he told Norddeutscher Rundfunk.

Hieu has already become something of a superstar in Vietnam.

“I'm often spotted in the street,” he said, “and people either wave or ask for photos.”

However, despite his new fame Hieu doesn't plan to stay in Vietnam permanently.

“I love my apartment in Hanover,” he said – adding that he'd like to spend time traveling back and forth between the two countries.