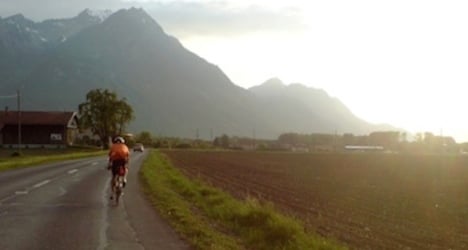 Countryside near the municipality of Noville, where tragedy occurred. Photo: Cyril Pavillard

The freak accident occurred shortly before 7pm on Tuesday in Noville, a municipality at the eastern end of Lake Geneva, cantonal police said.

The victim, the wife of the riding school’s owner, was exercising the horse, by getting it to clear poles placed on the ground, police said.

The horse stumbled on one of the poles and threw the rider to the ground in the presence of three other people.

She was wearing a riding hat but lost consciousness from the fall, police said.

A doctor certified that she died on the spot, police said in a statement.

The horse escaped injury in the incident, the statement said.

The rider, originally from the canton of Fribourg, had devoted her life to equestrian activities and had participated in competitions as a younger woman, the 20 Minutes newspaper reported.

“She knew her horses by heart,” a friend told the newspaper.

“She was very experienced and not at all the type to take risks.”

The woman and her husband had taken over the riding school in 2012, the daily reported.