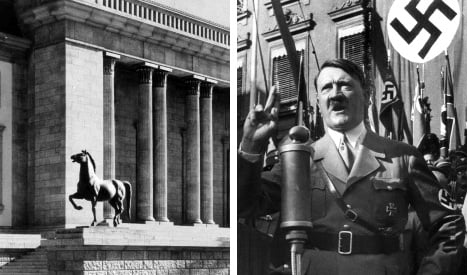 Police said they had found the long-lost masterpieces, commissioned by the Third Reich, in a warehouse after staging 10 raids in five states targeting eight suspected members, aged 64 to 79, of a ring of illegal art dealers.

The artworks included the monumental horse sculptures and granite reliefs, by sculptors Josef Thorak and Arno Breker, police said in a statement.

Hitler, at the height of his Nazi regime, commissioned thousands of mostly bronze and marble artworks as he sought to transform Berlin into the world capital “Germania”.

Among them were the twin “Walking Horses” by Thorak (1889-1952), upon which Hitler gazed from the offices of his New Chancellery building.

Bild reported that the illicit art dealers had in recent years asked for up to €4 million ($4.4 million) on the black market for the works, which have survived a turbulent odyssey.

As Word War II turned against Nazi Germany and bombs hailed down on Berlin, the sculptures were evacuated to a town east of the capital which in 1945 was occupied by victorious Russian forces.

The horses resurfaced around 1950 on the sports grounds of a Red Army barracks in the nearby town of Eberswalde in what was then the communist German Democratic Republic (GDR).

There they would stay for some 38 years, and time took its toll.

Bild reported that the horses were painted over in gold, damaged by bullets and had their tails broken and inexpertly reaffixed. Sometimes children played on them.

Decades on, an art historian discovered the horses and wrote a newspaper article about them, published in early 1989.

Within weeks, they were gone — likely sold off by the GDR regime, which was then in its final throes and in desperate need of hard cash.

The “Walking Horses”, having vanished for a quarter century, were found Wednesday in a warehouse in Bad Duerkheim, in the western state of Rhineland-Palatinate.

The Bild report said that, while they will now likely become the property of the German state, it was also possible that descendants of their creator Thorak could launch a legal claim for them.