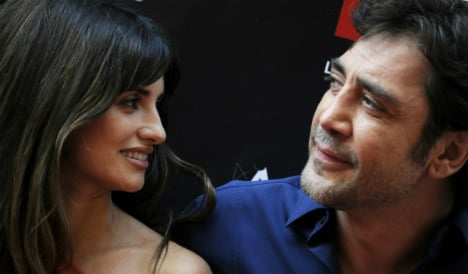 The film will be directed by fellow Spaniard, Fernando León de Aranoa and financed by EuropaCorp, the company owned by French director Luc Besson.

The ten films you never knew were shot in Spain

EuropaCorp announced at this week’s Cannes Film Festival that the film, titled Escobar, would be based on Virginia Vallejo’s 2008 best-selling Spanish memoir Loving Pablo, Hating Escobar.

The film will chart Escobar’s rise to become international drug lord, the rise of cocaine in the Colombian cartels and will count Bardem as one of its producers as well as its principal actor.

For Vallejo, who detailed her relationship with Escobar in the book on which the film will be based, there is no one better to play her former lover than Bardem:

“He knows that the perfect guy to play Bardem, is Bardem,” she told publication Elenco, adding that “two very important actresses” will play her, before and after her affair with the drug lord, which lasted from 1983 until 1987.

Escobar died in 1993 in a firefight with Colombian National Police.

It will be the third time Cruz and Bardem have teamed up, after originally meeting on 1992 Spanish film Jamón Jamón.

Woody Allen’s 2008 film Vicky Cristina Barcelona saw the pair reunited and brought them together as a couple off screen. It also won Cruz an Oscar for Best Supporting Actress.

Bardem won an oscar for the 2007 film No Country for Old Men in which he played a merciless villian with bad hair.