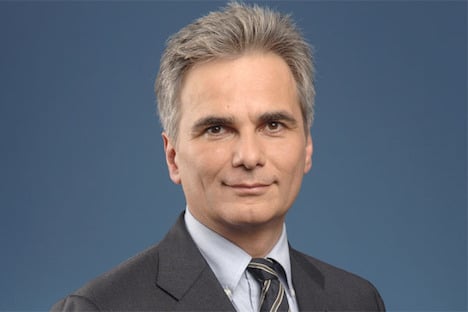 He said the influx of migrants should not be borne alone by the countries where they first arrive — Italy and Malta — but equally distributed across EU member states.

"The quota is a question of fairness," he told parliament, adding that asylum was "not an act of mercy but a human right".

He made the remarks after attending an EU emergency summit organised in the wake of a series of shipwrecks, which killed more than 1,200 people in April.

The tragedies have sparked strong debate among European nations on how to deal with the situation.

Last week, the European Parliament voted in favour of adopting an EU-wide quota.

The European Commission, the EU executive, is due on May 13 to present a migration policy that will include proposals to make legal economic immigration to the EU easier, and to set refugee quotas for all member states.

It will go before EU heads of government and heads of state at their June 25-26 summit.

Austria received the third-highest number of asylum demands after Sweden and Hungary in 2014, according to the EU's statistics agency Eurostat.

More than 28,000 requests were made in the country of 8.5 million inhabitants – three times the European average relative to population size.