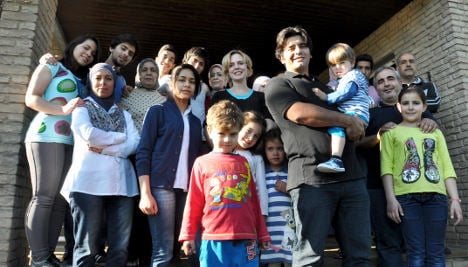 “The Federal government should not leave the states and communities to take on this important question alone,” the social democratic (SPD) deputy minister-president of Baden-Württemberg, Nils Schmid, told the Südwest Presse.

Lower Saxony's minister-president Stephan Weil (SPD) similarly called this weekend for a conference to be held at the latest by the summer.

After Vice-Chancellor Sigmar Gabriel (SPD) made a clear statement agreeing that communities should be relieved of some of the costs of housing refugees, Interior Minister Thomas de Maizière (CDU) also conceded a compromise was possible, albeit more cautiously.

“There will be talks. Nevertheless the states must also fulfil their side of the bargain.,” said the CDU politician.

In an agreement reached in December between the federal government and states half a billion Euros have been set aside for 2015 and 2016 for housing refugees.

The states are now claiming that, due to the ever-increasing numbers of refugees arriving in Germany this budget won't be enough.

But deputy leader of the Christian Democrats (CDU), Volker Kauder, claimed on Sunday that money already been given to the states has yet to reach the communities where it was supposed to be spent.

He had heard that some states would rather spend it on hiring more teachers, he told ARD's “Report from Berlin.

Thuringian minister-president Bodo Ramelow said on Monday that he had received death threats over refugee accommodation in the state.

Ramelow has "received three death threats,” including one letter addressed to him containing white powder, the minster-president told the Thüringische Landeszeitung.

Some of the threats came by email, while he was “threatened openly with blows” in a restaurant in state capital Erfurt.

Several mayors in small towns have also come under pressure from people angry about refugees being hosted in their neighbourhoods in recent weeks, with one even forced to resign.

The state premier added that he has been travelling in a more heavily-armoured official car than usual in recent weeks.

A plan to set up an initial processing centre for refugees in Liebschwitz, a suburb of Gera in the east of the state, appears to have triggered the wave of hostility against Ramelow.

Thuringia is already home to two such centres, which currently hold around 1,500 people.

The new centre was to have been home to around 200 people at any one time.

News of the threats comes on the same day that anti-Islam movement Pegida prepares to welcome Dutch far-right politician Geert Wilders as a guest speaker.

Pediga demonstrators have previosuly attempted to attack a refugee protest camp in Dresden.  The movement is widely perceived to contribute to hightened hostility among segments of German society to refugees who come mainly from Muslim majority countries.

While the organization has dropped out of headlines in recent months, after a spate of high-profile departures and an embarrasing “Hitler selfie” leak for its leader, it hopes to revive its fortunes by hosting Wilders, a right-wing populist figure famous across Europe.

Its advance notice of the demonstration given to Dresden police shows that 30,000 people are expected to join in.

Several counter-demonstrations have also been registered with police in the Saxon capital.

Large numbers of officers will be deployed during the evening to keep the two groups apart.