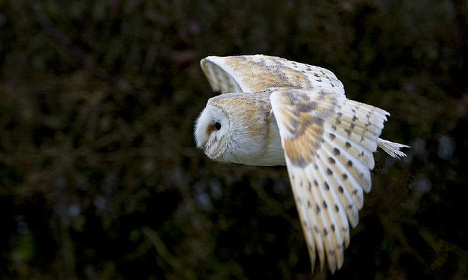 The owl in this picture is not Hedwig from Harry Potter. Photo: AFP
A court in central France noted the man's "lack of intent" to violate the rules over keeping and working with protected species, and ordered the three eagle owls be returned to him.
However, the birds still are not allowed to do public performances, because giving them permission to do so is beyond the powers of the court.
The national hunting and wildlife authorities seized the owls and put them in an aviary after a January 2014 inspection that turned up violations, including the lack of authorisation to fly the animals at events.
"They're depressed. They can only fly with me," said the amateur breeder, who is based in Saint Benoit in western France. "I'm their keeper and yet I can't do anything with them."
He raises the birds from birth for public performances, which have included the first Harry Potter film.