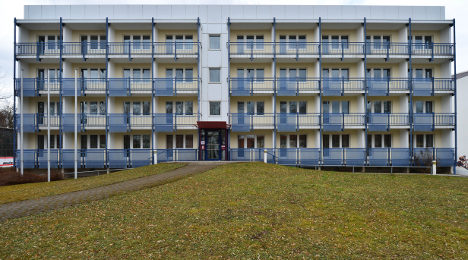 “We want to ask the president of the Landtag, Christian Carius, to end the housing contract with the city” city administrator Alexander Hilge told the Thüringer Allgemeine Zeitung.

Volker Emde, a CDU Landtag member, told The Local that the state government was to blame for the current situation.

“The coalition's decision to stop deporting people in the winter means that there are people here who have no claim to asylum," he said.

Thuringia has been governed by a Linke (Left Party)-led coalition since November 2014.

One of its first decisions was to stop deporting foreigners whose asylum requests had been rejected during the winter.

Refugees housed at facilities in the small neighbouring towns of Suhl and Eisenberg currently take weekly buses into the state capital.

Erfurt is obliged by law to take in every tenth refugee who comes to Thuringia.

The 59 one-room apartments are used by state representatives from out of town as convenient places to spend the night when parliament is in session.

They would be immediately available for use, should the parliament agree to the city's request.

But political parties in Thüringen were non-committal in their assessment of the proposal.

Emde cautioned that the proposal was one of several. “We are prepared to discuss this proposal,” he said. “But they must also come up with a plan for where they will house politicians.”

The state Social Democratic Party (SPD) voiced its concern to the Thüringer Allgemeiner that an alternative of housing MPs in hotels could cost the taxpayer more money.

Alternative for Germany (AfD) told the same paper “If there is no other possible alternative, then we should discuss the idea.”