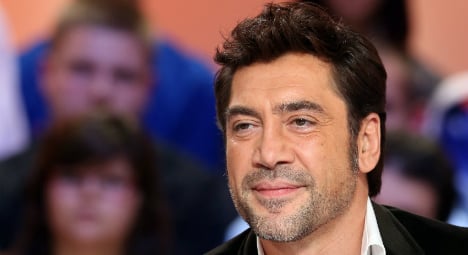 One of Spain’s most famous actors, Javier Bardem, has been confirmed as the latest addition to the fifth outing of the Pirates of the Caribbean film franchise, according to US trade magazine, Variety.

Javier Bardem is set to play the villain in the fifth Pirates of the Caribbean film, Dead Men Tell No Tales, due to release in 2017.

The film is currently in pre-production in Australia, where it will be shot by Norwegian directors, Joachim Ronning and Espen Sandberg.

The film will see Johnny Depp reprise his role of dandy pirate Jack Sparrow. Former Skins actress Kaya Scodelario has also been confirmed to star in the 2017 release.

Bardem is following in the footsteps of his wife, Penelope Cruz, who starred in the last Pirates of the Carribean film, 2011’s 'On Stranger Tides'.

Here’s The Local’s list of the five best films charting the stellar career of Javier Bardem.

A great introduction to Bardem’s career is one of his first films, Jamón, Jamón, in which he plays the male lead, an aspiring underwear model and bullfighter. It was also the film on which he met his future wife, Penelope Cruz, who was, at the time, an 18-year-old unknown starring in her first film role.

Bardem came to the attention of international audiences in the 2004 film, The Sea Inside, which tells the true story of Ramón Sampedro (played by Bardem), who was left quadriplegic after a diving accident and his decades long campaign in support of the right to end his own life. Bardem was nominated for a Golden Globe for best actor and the film won the Oscar for Best Foreign Language Film.

Bardem really hit the big time playing a hit-man with a dodgy bowl-cut in this Coen brothers western. Based on the Cormac McCarthy novel, the film saw Bardem take home the Oscar for Best Supporting Actor.

Bardem teamed up with Penelope Cruz again for Woody Allen’s Vicky Cristina Barcelona. Although the film received mixed reviews, Bardem and Cruz are the best things in it, playing a warring ex-couple. Cruz won the Oscar for Best Supporting Actress for her role as the crazed, spurned ex-girlfriend of Bardem’s bohemian artist.

Bardem relished the role as creepy villain Raoul Silva in Sam Mendes-directed Skyfall. A cyber-terrorist seeking revenge on Bond, Bardem played one of the campest 007 villains to date. He dyed his hair blond for the role, causing many to comment on the similarities between him and Wikileaks founder, Julian Assange.