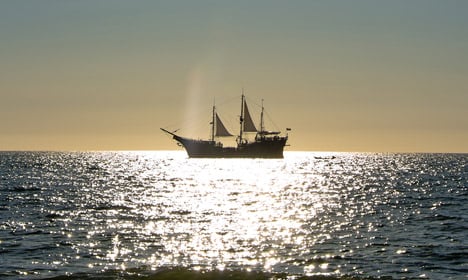 Photo: Kurt Bauschardt/Flickr
Denmark on Thursday announced a new strategy for combating piracy and armed robbery on the high seas that will see the nation expand its into the Gulf of Guinea off the coast of Nigeria.
“With this strategy, Denmark will continue to be at the forefront of international efforts to combat piracy. Our activities will continue to focus on the Horn of Africa but as something new we will also carry out a range of activities in the Gulf of Guinea in western Africa where piracy and armed robbery at sea are the source of growing international concern,” Foreign Minister Martin Lidegaard said in a press release.
The new anti-piracy strategy covers the years 2015-2018 and focuses on areas where Denmark has strategic maritime interests. The main focus of the efforts will continue to be off the coast of Somalia, where pirates cost the global trade industry nearly $7 billion a year, according to Oceans Beyond Piracy..
Maritime piracy by Somalians in the Horn of Africa hit its peak in 2011, but has since waned significantly in the face of stepped-up international naval patrols.
The new Danish efforts of the coast of Nigeria in western Africa will primarily focus on capacity-building initiatives and cooperation in international maritime security efforts in the region.
“For a maritime nation like Denmark, it is vital that we do what we can to protect shipping and seafarers. With the new strategy, we will delivery military contributions, legal actions and capacity-building to our partners in the affected regions,” Lidegaard said.

Mohamed Hussein Roble, centre, came to Sweden in 1992 and got his citizenship five years later. Photo: Somali Presidents' Office
Mohamed Hussein Roble came to Sweden in 1992, shortly after the armed coup that thrust the country into its long civil war. He became a Swedish citizen five years later.
In 2000, he gained his masters in Environmental Technology and Sustainable Infrastructure from the KTH Royal Institute of Technology in Stockholm.
Most recently, he has been working for the International Labour Organisation in Nairobi, Kenya.
Roble's appointment was announced by President Mohamed Abdullahi Mohamed on Friday, with Abdinur Mohamed, his deputy chief of staff tweeting out a picture of the new prime minister on Friday.

Congrats to our newly appointed Prime Minister H.E Mohamed Hussein Roble. I am sure you’ll serve our country with distinction. Wishing you a successful tenure. pic.twitter.com/Lthr5LteSh

The appointment still needs to be confirmed by a vote of country's parliament.
In a statement, President Farmajo called on Roble to “immediately form a capable government that will lead the country to elections and make significant efforts to consolidate security gains, rebuild the armed forces, develop infrastructure, expand basic services.”
SHOW COMMENTS
Url copied to clipboard!