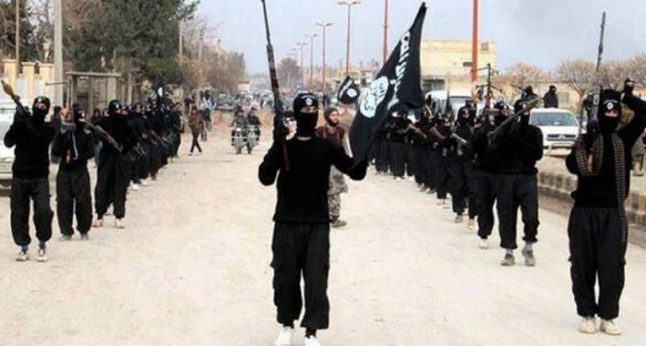 The girls, aged 16 and 17, were intercepted by Romanian authorities en route to Syria, after they were reported missing in Austria by one of their mothers.

When police were investigating their disappearance, they found the mobile phone of the 16-year-old Chechen girl, which showed she had been in contact with Islamist fighters from Isis, and had arranged to marry a jihadist upon arrival.

Prosecutors wanted the girls placed into custody while they investigated whether the girls could be considered to be members of a terrorist organization, but the judge in Salzburg ruled that they had committed no crime, and ordered them to be released.

"In her opinion the girls' behaviour is not criminal, not yet, because they were stopped in Romania and did not really get to join a terrorist organization," said a spokeswoman from the Salzburg court.  No travel restrictions were imposed on the girls. Prosecutors have 14 days to appeal against the decision while they continue their investigations.

Federal Minister for Women and Civil Service Gabriele Heinisch-Hosek said that she was "very sorry" that the two girls were willing to join the jihadists, and that she would check to see how the two got in touch and whether school checks for radicalization had identified the girls as vulnerable.

Armed police officers stand guard before the arrival of Austrian Chancellor Kurz and President of the European Council to pay respects to the victims of the recent terrorist attack in Vienna, Austria on November 9,2020. (Photo by JOE KLAMAR / AFP)

It was the first major attack in Austria in decades and the first blamed on a jihadist.

Two Swiss citizens who knew Fejzulai were arrested in the northeastern Swiss town of Winterthur just a day after the attack on suspicion they may have helped in its preparation.

‘How was it possible?’ Austrians left asking painful questions after Vienna terror shootings

The two, who were aged 18 and 24 at the time, were known to the police and were the targets of prior criminal cases over terror-linked offences.

The OAG acknowledged Thursday that no evidence had emerged that either man had participated in any way or had prior knowledge of the attack.

The older of the two men was meanwhile hit with a penalty in a separate case with no links to the Vienna file, the OAG said.

The penalty order, seen by Swiss media, indicated that he had been found guilty of violating Switzerland’s law banning Al-Qaeda, Islamic State and related organisations and of being in possession of “depictions of violence”.

According to the ATS news agency, an IS group video was found on his phone depicting people being executed and decapitated.

ANALYSIS: Vienna terror attack was ‘only a matter of time’

In light of this penalty, he would not be compensated for the 176 days he spent behind bars after his arrest following the Vienna attack, it added.

The OAG said a separate case was still pending against the younger of the two men, also on suspicion he breached the Swiss law banning Al-Qaeda, IS and related organisations, and over “allegations of depictions of violence”. “The presumption of innocence applies,” it stressed.