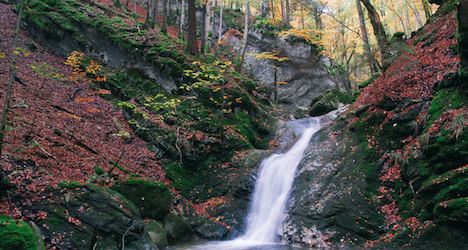 A section of the Gorge of Covatannaz. Photo: Switzerland Tourism

The 17-year-old, reported missing since November 4th, apparently fell in the Gorge of Covatannaz near Vuiteboeuf in the Jura-Nord Vaudois region, Vaud cantonal police said.

His body was found early in the morning following a search over 15 days involving more than 70 people, including a dog squad, an army helicopter and specialists from areas as diverse as Lausanne and Yverdon-les Bains, police said in a statement.

From the initial evidence it appears the victim accidentally fell in a part of the gorge called “La boîte aux lettres” in an area with steep slopes where L’Arnon river is deep, the statement said.

A hiker noticed objects that allowed searchers to pinpoint on Tuesday the location of the youth’s body, the ATS news agency reported.

The search was suspended at nightfall and resumed the next morning.

Weather conditions and the high level of the river prevented a search of the area earlier, ATS said.

The victim was visiting an aunt who lives in the village of Vuiteboeuf.

He left on an excursion alone on November 4th equipped with a backpack and a rope.

When he didn’t return, his aunt contacted police.