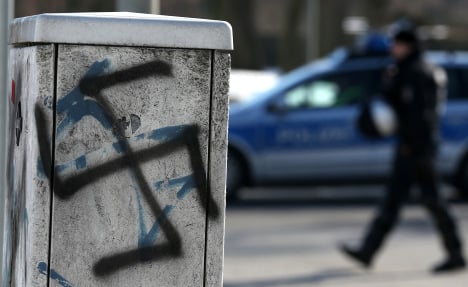 A judge must now decide whether he has to pay after a mediation hearing at a civil court couldn't find a compromise on Tuesday.

City managers say that the man's actions made it more difficult and expensive to remove the graffiti.

Civil protection (Ordnungsamt) officers originally presented him with a bill for €3,000, but it was later reduced to €991.

The city argues that it is quick to eliminate any neo-Nazi markings in public spaces as soon as they are reported, and that there was no need for the activist to take matters into his own hands.

The man countered that neo-Nazis and racists shouldn't be allowed any space at all for their ideas, and said the city was too slow to react.

He reminded the court that a refugee from Rwanda was killed in the city at the end of October and that police suspect there was a xenophobic motive.

The judge's decision is expected by December 9th.