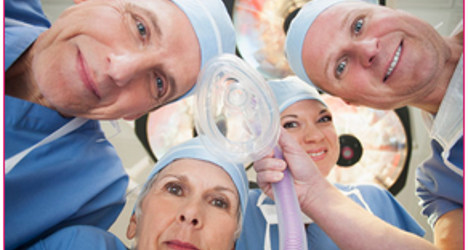 The Sanichollo campaign comes in the same week a study showed half of doctors in Spain's public system don't have job security. Photo: Médicos del Mundo

How does sharing an ambulance to halve the cost sound. Or what about a "two for the price of one" on lung operations?

A new publicity campaign by Médicos del Mundo, a medical organisation which works in Spain and internationally, puts forward such propositions in a tongue-in-cheek manner to raise awareness of the impact of healthcare cutbacks.

The point of Sanichollo, the name of the campaign and which roughly translates as "Healthsteal" or "Healthbargain", is that there are no shortcuts when it comes to healthcare spending. Médicos del Mundo supports free and universal public healthcare in Spain and criticizes cutbacks ushered in as part of the government's austerity policies.

"There are no bargains to be had in health," Francisco Carrasco, the organisation's spokesman, told the Huffington Post's Spanish edition.

Carrasco explained that the new adverts were effectively a continuation of last year's campaign by the group against the cuts in health spending since 2012, adding that this year "the tone is more ironic".

The idea for the campaign was developed on the website where the “best offers for those who have lost public health coverage can be found”. Visitors to the site will soon realise that these special offers are just a joke, but also get information on what austerity has meant for Spain’s health system. There is the case of Ana, for example, a 77-year-old woman with a heart problem but whose Social Security health card expired in 2013.

The campaign is being launched in the same week that a new study revealed that half of Spanish doctors in the public health system are interim workers who do not have proper job security. According to figures from Spain’s Collegiate Medical Organisation (OMC), 46.7 percent of doctors have not been awarded permanent posts within the public health system. Most of them are working in their present jobs on six-month contracts.

“Precarious working conditions have a clear and direct impact on the quality of professional performance, just as much in the public as in the private sector,” said OMC chief José Rodríguez Sendín. “There is an attempt to boost productivity whatever the cost,” he added.

PARTNER CONTENT
European healthcare: how does your country rank?
Url copied to clipboard!