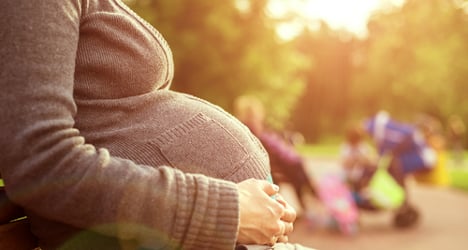 The couple paid €25,000 to a surrogate mother in Ukraine. Pregnancy photo: Shutterstock

Under Italian law, the person who gives birth to a baby is legally its mother, and the use of surrogate mothers is outlawed.

The couple from northern Italy, both in their fifties and infertile, had been turned down three times in their bid to adopt a child before they turned to surrogacy.

They paid €25,000 to a surrogate mother in Ukraine, who refused to give her name when the baby was born in 2011, leaving the birth certificate blank.

When the couple returned to Italy and tried to register the boy at the registry office, they were charged with fraud, La Stampa daily said, without providing details on how the would-be parents were found out.

Despite a request from the prosecution to leave the child in the Italian couple's care, the court decided that the "child of no-one" – whose mother cannot be traced – must be put up for adoption.

ENERGY
Air-con, ties and lights: How Europe plans to save energy and get through winter without blackouts
Url copied to clipboard!