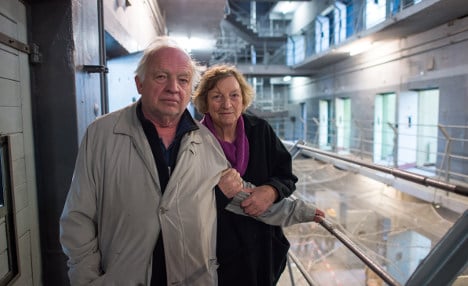 Political dissidents who were jailed for at least six months by the East German regime will from next year see the compensatory payment bumped up by 20 percent, to €300 euros a month, officials said.

Justice Minister Heiko Maas said many victims "today still suffer physically and mentally from the injustice done to them".
"We want to acknowledge this injustice financially as well with the benefit and its increase," he added in a statement.
The move aims to better honour "those people who proved themselves to be champions of freedom, of democracy, of a united Germany, who rebelled against the system" and who "had to endure coercive measures" as a result, said government spokesman Steffen Seibert.
The payment had not been raised since it was introduced in 2007.
Some 45,000 people currently receive the benefit, costing the federal government around €135 million a year, the justice ministry told AFP.
Victim support groups say about 80,000 people were imprisoned by the communist regime between 1949 and 1989.
Germany is gearing up to next month mark the 25th anniversary of the peaceful breaching of the detested concrete barrier that spliced through Berlin and Germany as a Cold War symbol for 28 years.
SEE ALSO: 'I saw them build the Wall step by step'