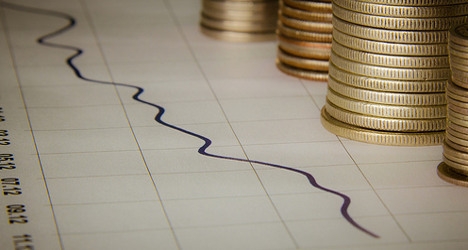 Spain's public debt is expected to top 100 per cent of GDP next year – far above the 60 percent ceiling agreed among European Union members. Photo: Kenteegardin/Flickr

The nation's accumulated public debt mushroomed to €1.007 trillion at the end of June from €996 billion a month earlier, the Bank of Spain said in a report.

Though the annual deficits are on the decline, they continue to push up the sovereign debt of the eurozone's fourth-largest economy. The public debt figure includes the cost of a €41 billion banking rescue in 2012 financed by Spain's eurozone partners.

The trillion-euro public debt figure is equal to 98.5 percent of Spain's 2013 gross domestic product, a calculation by the news agency AFP showed. The Bank of Spain has yet to release final GDP figures for the second quarter of 2014.

Spain enjoyed a relatively low debt ratio, equal to 36.3 per cent of GDP, in 2007. But the public debt soared after the implosion of a decade-long property bubble, which tipped the economy into a double-dip recession.

Spain's economy emerged from the latest two-year downturn in mid-2013 and grew in the second quarter of 2014 at a faster-than-expected quarterly rate of 0.6 per cent.

The unemployment rate dipped below 25.0 per cent in the April-June period but still remains painfully high at 24.47 per cent.

Spain's public debt is expected to top 100 per cent of GDP next year – far above the 60 percent ceiling agreed among European Union members.