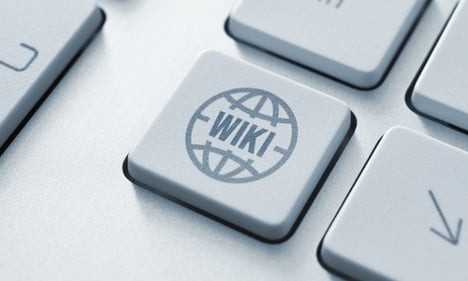 Wikipedia. Photo: Shutterstock
The total number of Wiki articles in Swedish has now overtaken the number of Dutch entries, reported Sveriges Television (SVT) on Thursday.
But why would Swedish, a language spoken by so few people worldwide, be so popular on the online encyclopedia?
The answer? A robot.
A Swede called Sverker Johansson has developed a robot he calls Lsjbot which is able to make entries taken from the Catalogue of Life, a database crammed with over one million entries on plants and animals.
Johansson, who has posted a grand total of 2.7 million articles himself, or 8.5 percent of the site's total content, defends the use of his robot to those who say his technique shouldn't count.
"Some people consider that cheating. But my view on it is that everyone uses different tools to write and I use slightly sharper tools than most," Johansson told the TT news agency.
Either way, with 1.8 million articles in Swedish and plenty more on the way, the English language and its 4.5 million pages may soon have a competitor.