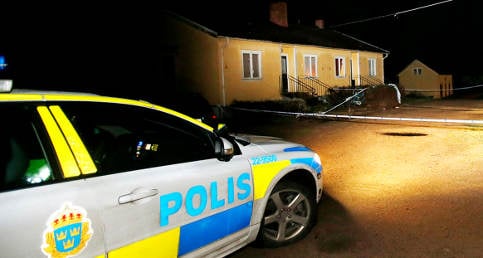 Police arrested the 50-year-old man in Kristinehamn, Värmland, shortly after 1am on Wednesday in the couple's apartment.

A neighbour called police after the woman escaped with significant burn injuries.

"She was seriously burned on her face and upper body," Morgan Connedal of the Värmland police told news agency TT.

The woman was taken to Karlskoga Hospital in bad condition, and police have not been able to speak with the woman.

The man is currently being held on suspicion of aggravated assault, but police are considering reclassifying the case as attempted murder.