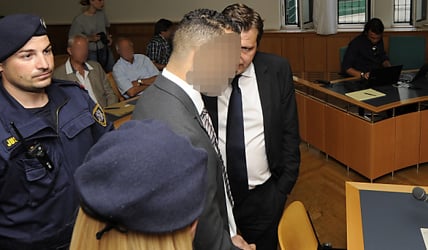 The judgement is final and Renato S. must serve at least ten months of his sentence.

He was found guilty of spraying over 100 tags on walls and doors. The judge said that his acts of vandalism amounted to damages of €50,000.

He was arrested in early March in a flat in Vienna’s Rudolfsheim-Fünfhaus district, along with three other graffiti sprayers.